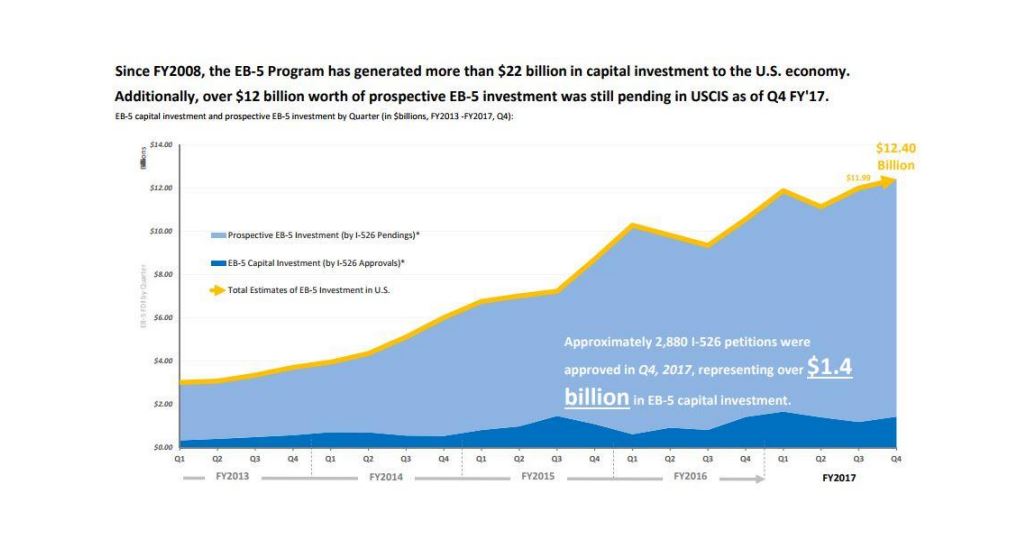 Earlier this week, the USCIS Immigrant Investor Program Office (IPO) published quarterly processing statistics for I-526 and I-829 petitions through Q4 of Fiscal Year (FY) 2017,( July-September). Below are selected data points extracted from the reports:

I-526 Filing Statistics (Read the Report) (Explore the Data) 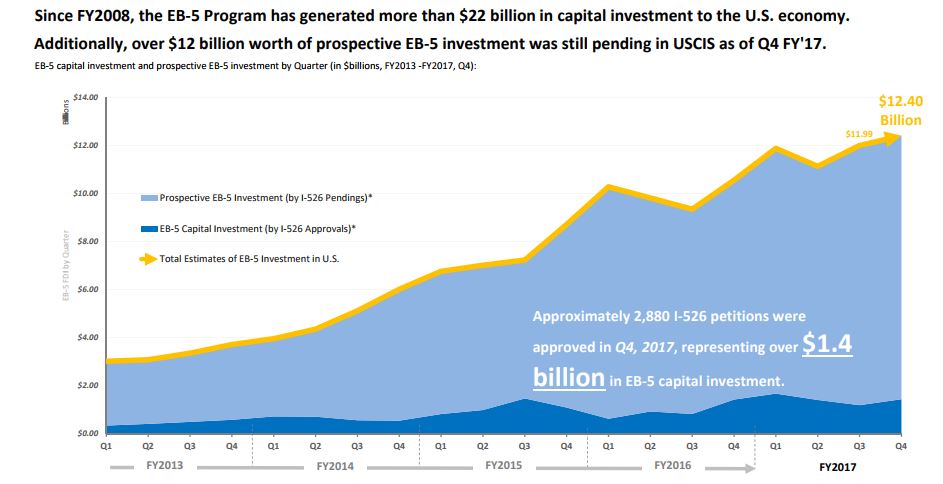 I-829 Filing Statistics (Read the Report) (Explore the Data) 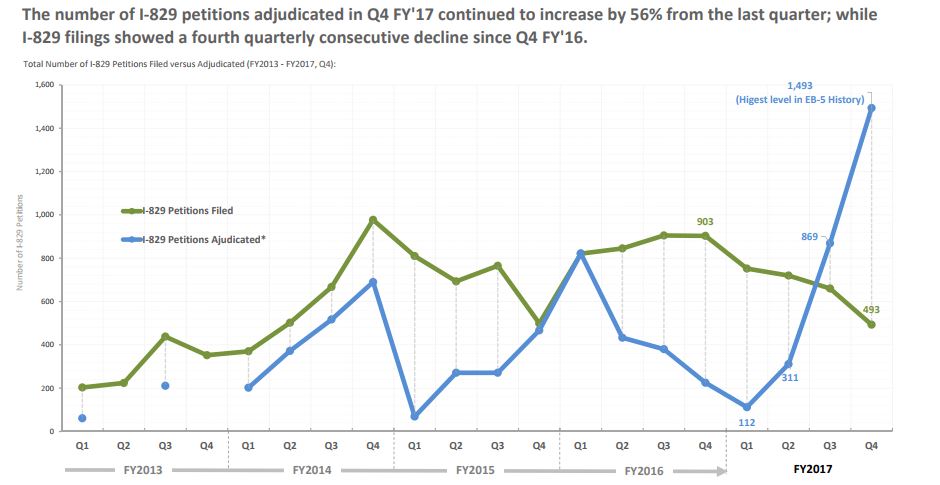 Not a Member? Join IIUSA Today to Access the Reports

As an IIUSA member you would have access to a host of member exclusive data resources and reports including processing trend analysis, investor origin reports and more! Industry data reports are just one of money member exclusive benefits of the EB-5 industry trade association. IIUSA members are the driving force behind the growth of the EB-5 Regional Center Program, which generates billions of dollars in capital investment and GDP, supports tens of thousands of U.S. jobs, and generates of over a billion dollars in federal/state/local tax revenue on an annual basis – all at no cost to the taxpayer. Learn More about Membership