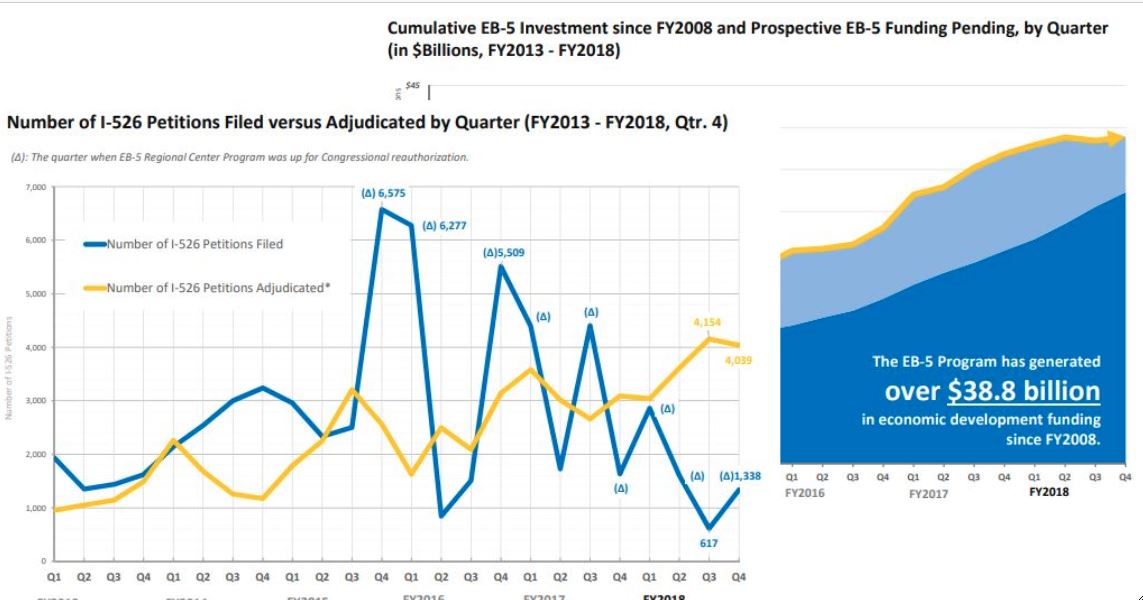 Earlier this month, USCIS published data on Q4 2018 (September-December) I-526 adjudication trends and IIUSA is pleased to publish our most recent analysis. The in-depth analysis focuses on the significant economic contribution EB-5 is making, the impact of the efforts by USCIS to continue to improve its adjudication efficiency and other salient industry data points.

The full report is now available to all IIUSA members through your member portal account and key highlights can be explored below.

Read the Comprehensive Report (Members Only)

The U.S. Department of Commerce concluded that each EB‐5 investor is expected to create 16 U.S. jobs. With that, the qualified EB-5 investors between FY2008 to FY2018 supported over 1 million U.S. jobs. 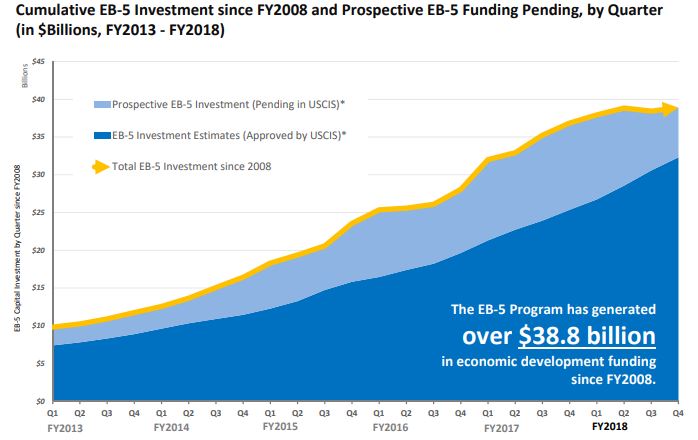 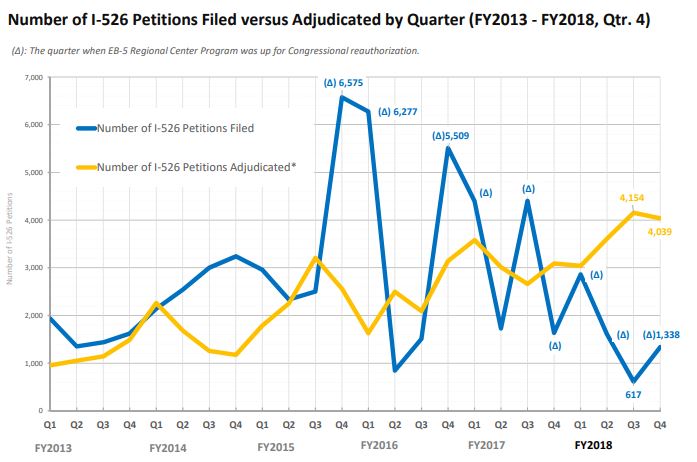 With the combination of the significant decline in I‐526 filings and the consistent growth in I‐526 adjudications, the number of I‐526 petitions pending in USCIS as of the end of Q4 FY2018 continued to decrease by 16% from the last quarter to 14,394, the lowest level since Q3 FY2015.