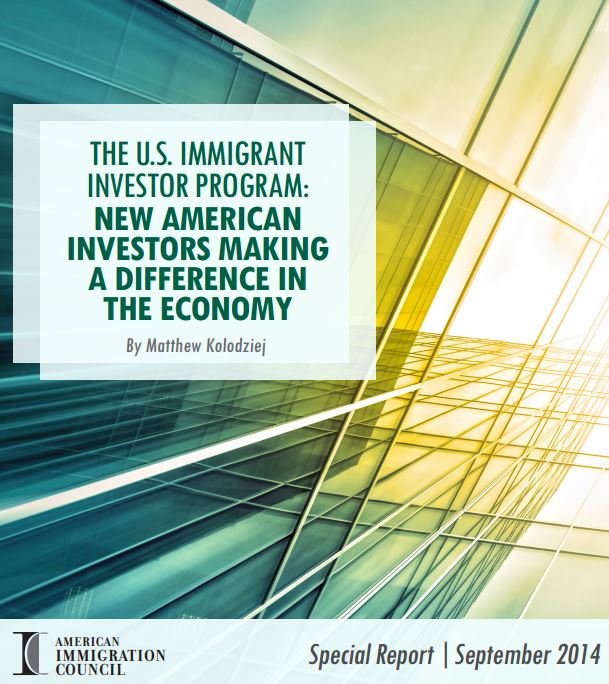 IIUSA applauds the American Immigration Council (AIC) on its recently released report, ‘New American Investors Making a Difference in the Economy.’ To read, click above.

We were also proud to see so many IIUSA members among the Regional Centers and projects listed to illustrate the diverse potential EB-5 funded projects can offer across all regions and industries in the U.S., whether in rural Vermont, areas of Philadelphia, or closed military bases in California. The projects spotlighted in the IPC report serve as excellent examples of successful partnerships between EB-5 Regional Centers and state and local economic development agencies that stand as models for how to maximize the Program’s potential.

IIUSA wholeheartedly agrees with the report’s conclusion that, “With proper oversight the EB-5 investor program’s impact can be maximized while maintaining its integrity. Well-run regional centers have shown they can foster high-quality, long-term job creation and diversified economic development while maintaining high ethical standards. Immigration reform should make the EB-5 immigrant investor program permanent and strengthen and expand it as an important tool for economic development in communities throughout the United States.”

IIUSA and its members strongly support permanent authorization of the Program along with several measures currently before Congress that would strengthen oversight and operations of the program.