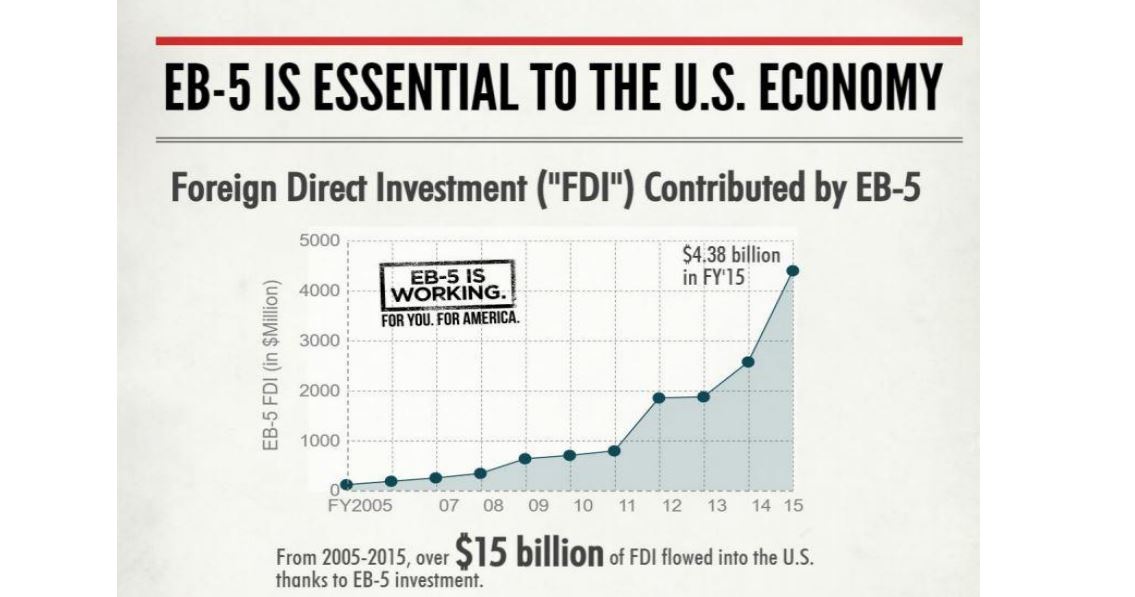 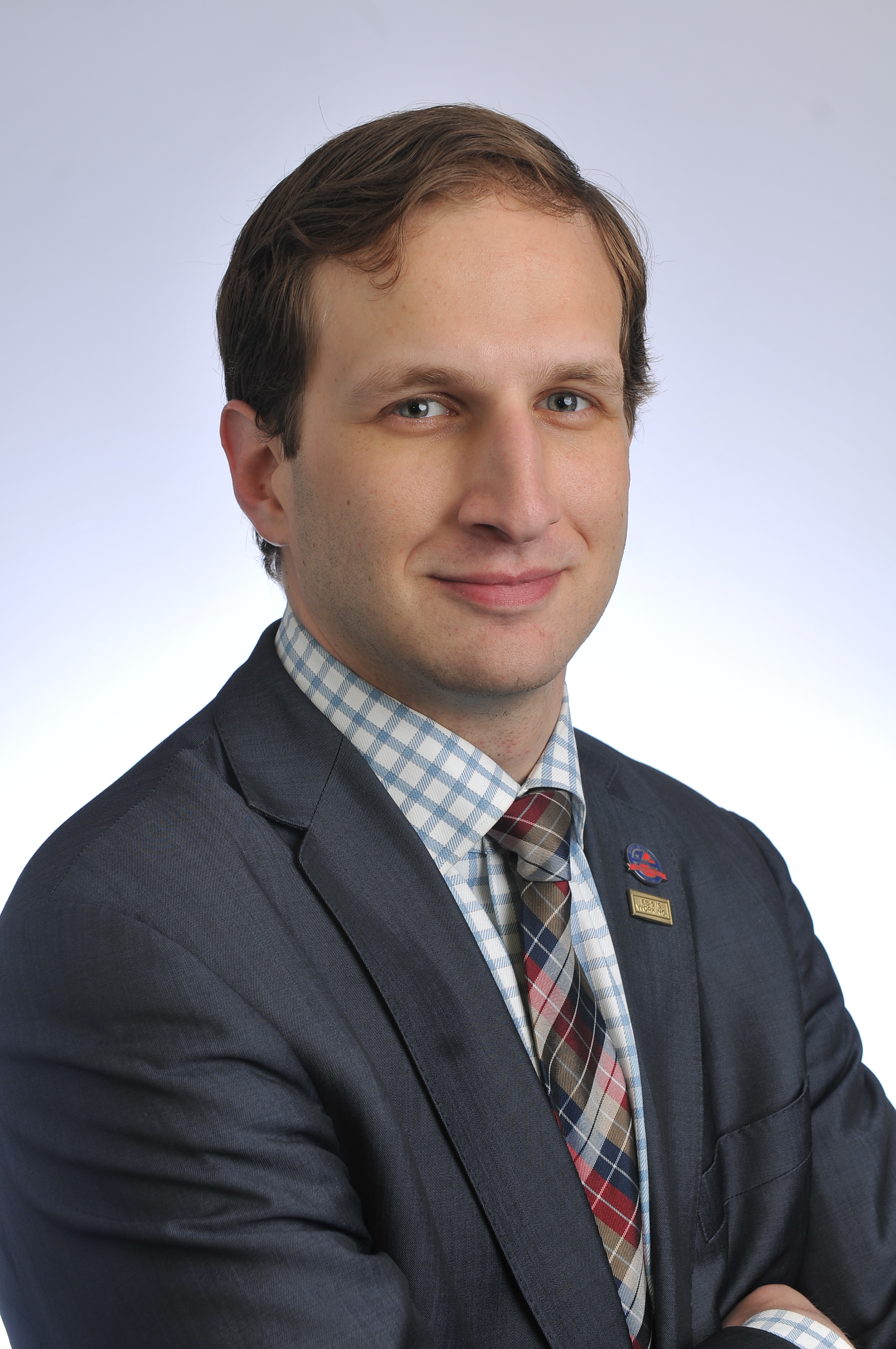 The EB-5 Investment Program creates thousands of American jobs across the country without costing taxpayers a dime. And at IIUSA, we’re working for important reforms that improve rigorous vetting of both projects and investors, while allowing the program to continue transforming communities and providing quality American jobs.

Reform, reauthorization and enhancement of the EB-5 Program (the “Program”) is essential to the U.S. economy in 2016 and beyond. From 2005-2015, over $15 billion of foreign direct investment (“FDI”) flowed into the United States from across the world.  In that time, and especially in the years that followed the Great Recession, the Program became a potent economic development tool for diverse communities and industries across the country. Over $14 billion of the $15+ billion (or 93%) in EB-5 capital was invested in the U.S. in the years after the global recession that followed the financial crisis of 2008.

Today, the EB-5 Regional Center industry needs to lead the cross-sector stakeholder community in educating the government, media, and public about the important work going on across the country thanks to the Program – creating vital American jobs at no cost to the taxpayer. With a September 30 expiration for the Program fast approaching, presidential and congressional election campaigns dominating the headlines, and the many considerations related to reauthorization and reform of the Program, it can be difficult to cut through the noise to navigate the now so we can envision and pursue a future of growth and opportunity for the industry.

As stakeholders and lawmakers debate reforms, it is important to understand the real world consequences of potential outcomes in the reauthorization effort. Some key legislators have publicly stated that the Program would need significant and substantive reform included in this year’s reauthorization package or the Program should be allowed to expire or lapse. But a lapse in the program would result in disaster for the economy with lingering damage that could not be undone.

If the program lapses, a minimum of $11 billion in community investment and 220K local jobs will disappear immediately. A further $7 billion in investment and 140K jobs would be destroyed by costly litigation. So at least $18 billion in economic development would be thrown into chaos along with the tens of billions of other project financing that is leveraged and reliant on the EB-5 capital in a project’s finance structure. A lapse would essentially place a “closed for business” sign on the door to America, deterring future foreign direct investment.

Congress must hear from the industry about these realities to understand expiration is not a viable option. The outcome that enjoys strong support from stakeholders across all sectors is quite simple: reauthorization and reforms that enhance program integrity and expand economic opportunity. 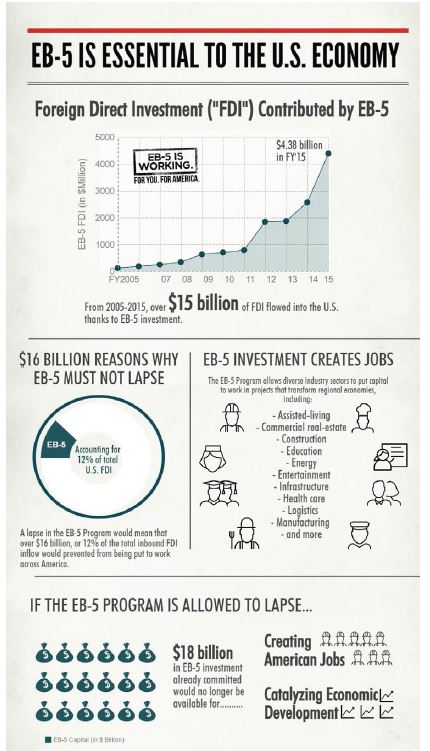 Congress has prioritized program integrity, as we have seen in various bipartisan bills over the past year, including S. 1501 and S. 2415. Some of these measures include background checks for Regional Center owners, banning participation in the Program for anyone who committed certain crimes including drug trafficking and terrorism, and forbidding foreign ownership of a Regional Center. These measures address concerns of fraud that EB-5 could somehow be a vehicle for criminals to legally enter the United States. Overwhelmingly, IIUSA and the industry support improved integrity measures to weed out the fraudsters, cheats and criminals while allowing the rest of the industry to contribute to the American economy through job creation and economic development.

The Department of Homeland Security (DHS) has EB-5 on the White House’s “unified regulatory agenda” to update the Program’s regulations for the first time since the early 1990s. This regulatory overhaul will proceed at a slow pace before being finalized and implemented and will occur as USCIS also implements administrative enhancements to its law enforcement capabilities. For example, after successfully embedding inter-agency partners it is adjudications process at the Investor Program Office (“IPO”), USCIS now has almost 200 employees working on EB-5 that include entire departments on stakeholder compliance, policy and strategy, and public engagement. No matter what reforms are included by Congress, USCIS is clearly taking steps to do everything in its power to bring EB-5 policy up to date with 21st century policy standards in fraud deterrence, national security, and international movement of capital.

IIUSA has a long history of supporting reforms that would improve program integrity – whether proposed via action by the legislative or executive branches. Several pieces of legislation have been introduced in Congress on EB-5 and are actively being considered in the process towards a single piece of broadly supported reauthorization and reform policy that results from constructive engagement and compromise.

Congress Must “Mend It, Not End it”

The pieces of the puzzle are already on the table and many of them are already in their place for EB-5 reauthorization and reform. As many supporters in the Senate stated in a hearing on EB-5 earlier this year, Congress must “mend it, not end it.”

Years of advocacy and experience have led us to this moment. The EB-5 industry and Congress are ready to negotiate durable reform that results in a stronger, more efficient Program. But the EB-5 Program must be reauthorized without a lapse, or countless communities, Regional Centers, and investors will face desperate times and years of protracted, expensive court proceedings.