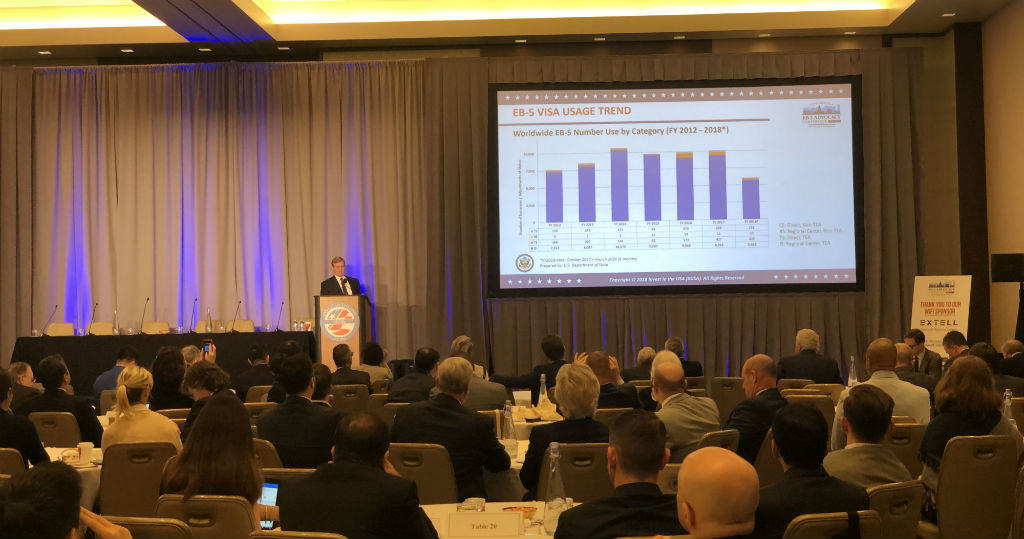 Mr. Oppenheim provided exclusive insights on the EB-5 visa capacity issue, discussing the latest EB-5 visa statistics for the first half year of fiscal year (FY) 2018, while also sharing his estimates on the future movements of the EB-5 Final Action dates for China, Vietnam, and more countries of interest. 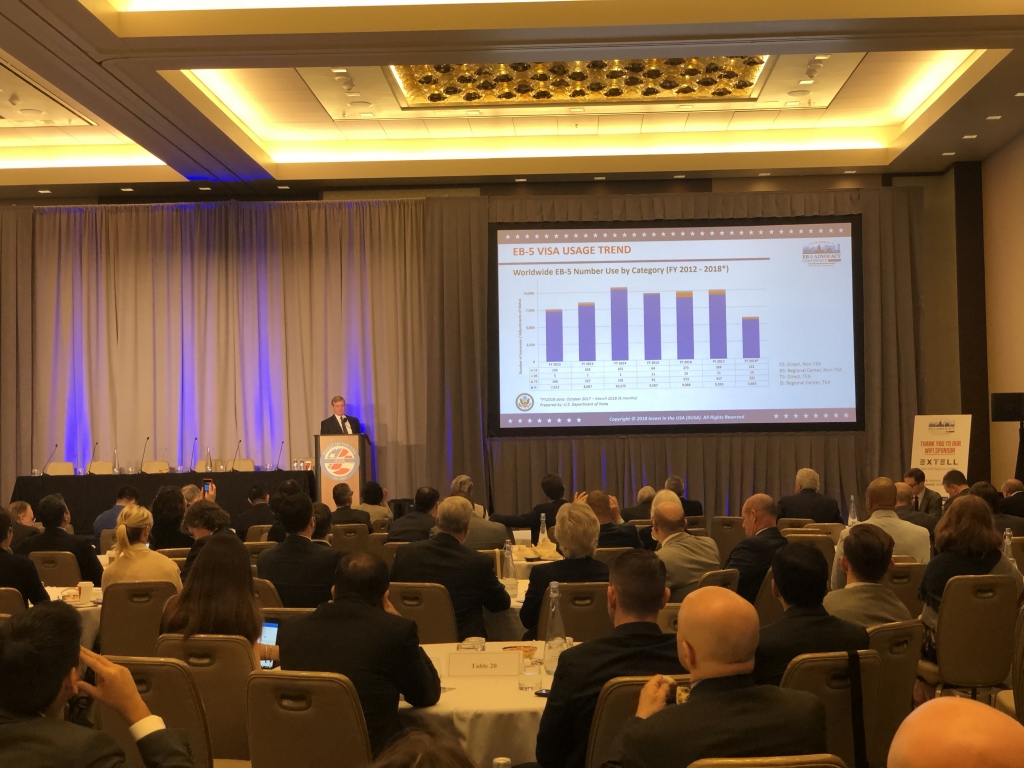 Final Action Date predictions for the remainder of FY2018:

The China and Vietnam EB-5 Final Action Date is expected to advance to August 1, 2014 for either the month of June or July 2018, and will then be held until September.

According to Mr. Oppenheim, the September 2018 Final Action Date for both China and Vietnam is expected to be: August 8, 2014.

In addition, there is fairly large pool of Chinese EB-5 applicants which have early 2014 priority dates which have not yet submitted of all required documentation to the National Visa Center (NVC). Should such China demand materialize in large numbers prior to August, or there be an increase in the current pattern of the rest of world (ROW) demand, that would require that the September date be held at: August 1, 2014.

China: The Final Action Date on the October 2018 Visa Bulletin will either be: August 15 or 8, 2014, depending on whether the September date would be held.

Vietnam: based on the current trend, the October Final Action Date for Vietnam is expected to be: January 1, 2016. Then the forward movement of Vietnam date for the period November through March may be subject to times when it will advance, then be held, then advance again. Mr. Oppenheim believes that the Vietnam date may eventually reach August 2016. However, the current NVC data indicates that Vietnam will once again reach its per-country limit no later than May of 2019, at which time Vietnam will become subject to the same date being applied to China.

Final Action Date predictions for Other countries of interest:

It’s important to note that the following predictions regarding what to expect to occur during FY2019 are based on the best information available to Mr. Oppenheim’s Immigrant Visa Control & Reporting Division at this time. Once additional information from NVC and the Immigrant Investor Program Office at USCIS becomes available in late September, Mr. Oppenheim’s office will be able to provide more accurate predictions of what is likely to occur during the second half of FY2019.

India: It’s expected that it will be necessary to impose a Final Action Date for the processing of EB-5 applicants from India no later than June 2019.

Brazil, South Korea, and possibly Taiwan: It’s expected that it will be necessary to impose a Final Action Date for the processing of such EB-5 applicants at some point during the summer of 2019.

The Best Case Scenario for the China, Vietnam, and any other countries for which a date had been imposed would be: October 15, 2014.

IIUSA would like to extend our special thank you to Mr. Oppenheim for providing comprehensive statistics and insightful information to the EB-5 industry.