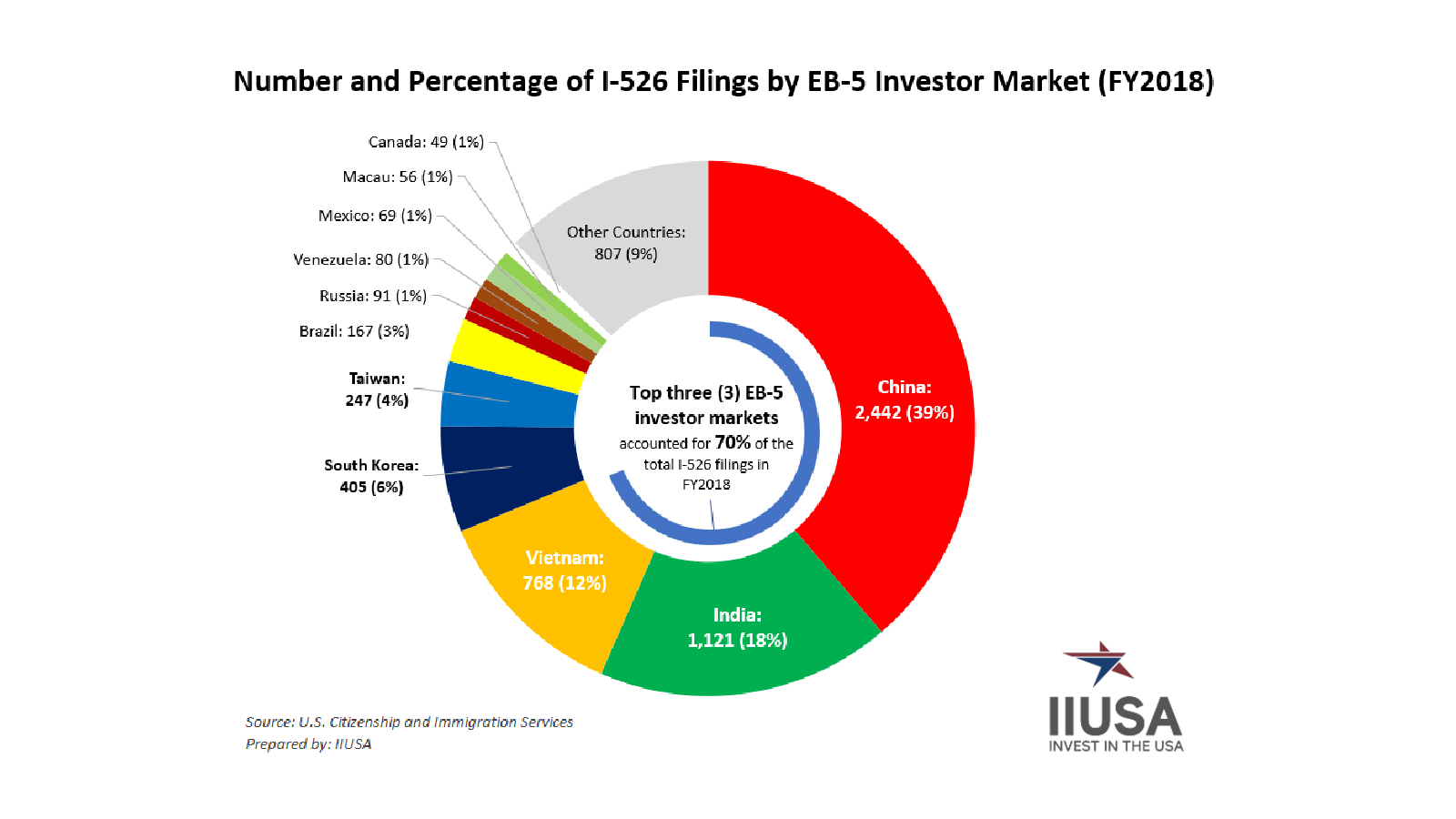 Using statistics that IIUSA obtained via the Freedom of Information Act (FOIA) for I-526 filings by investor’s country of, we recently published the data analysis that explores seven trends in the EB-5 investor markets across the globe. The full analysis will be published later this year in the IIUSA Regional Center Business Journal but IIUSA members can enjoy early access to the data!

By comparing the year-over-year changes of I-526 filings between fiscal year (FY) 2017 and FY2018, this report also identifies the rising stars of the EB-5, those markets which saw the fastest growth of the demand for EB-5 visas during that time.

The FY2018 data has illustrated a shifting landscape of the market shares among top EB-5 investor markets. For the first time in the last 10 years, investors from China no longer accounted for the majority of the annual I-526 filings.

In contrast, the market shares of India and Vietnam jumped significantly, while other top investors markets such as South Korea, Taiwan, Brazil also doubled their market shares in I-526 filings between FY2017 and FY2018.

Overall, the three largest EB-5 investor markets (China, India, and Vietnam) accounted for about 70% of all I-526 filings in FY2018, while the six biggest markets (the top three countries plus South Korea, Taiwan, and Brazil) produced more than 83% of all EB-5 investors who filed their petitions between October 2017 and September 2018. 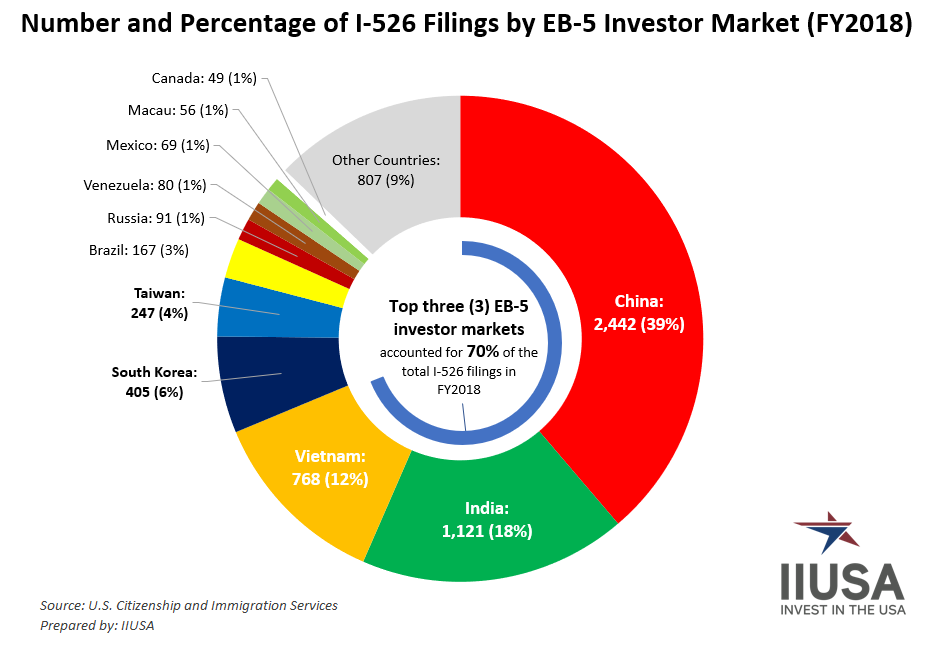 In addition, this analysis also identifies other key trends of the EB-5 investor markets in 2018, including:

The full analysis will be published on IIUSA’s coming Regional Center Business Journal.