DECEMBER 2021 VISA BULLETIN: “CURRENT” FOR DIRECT EB-5 ACROSS THE BOARD 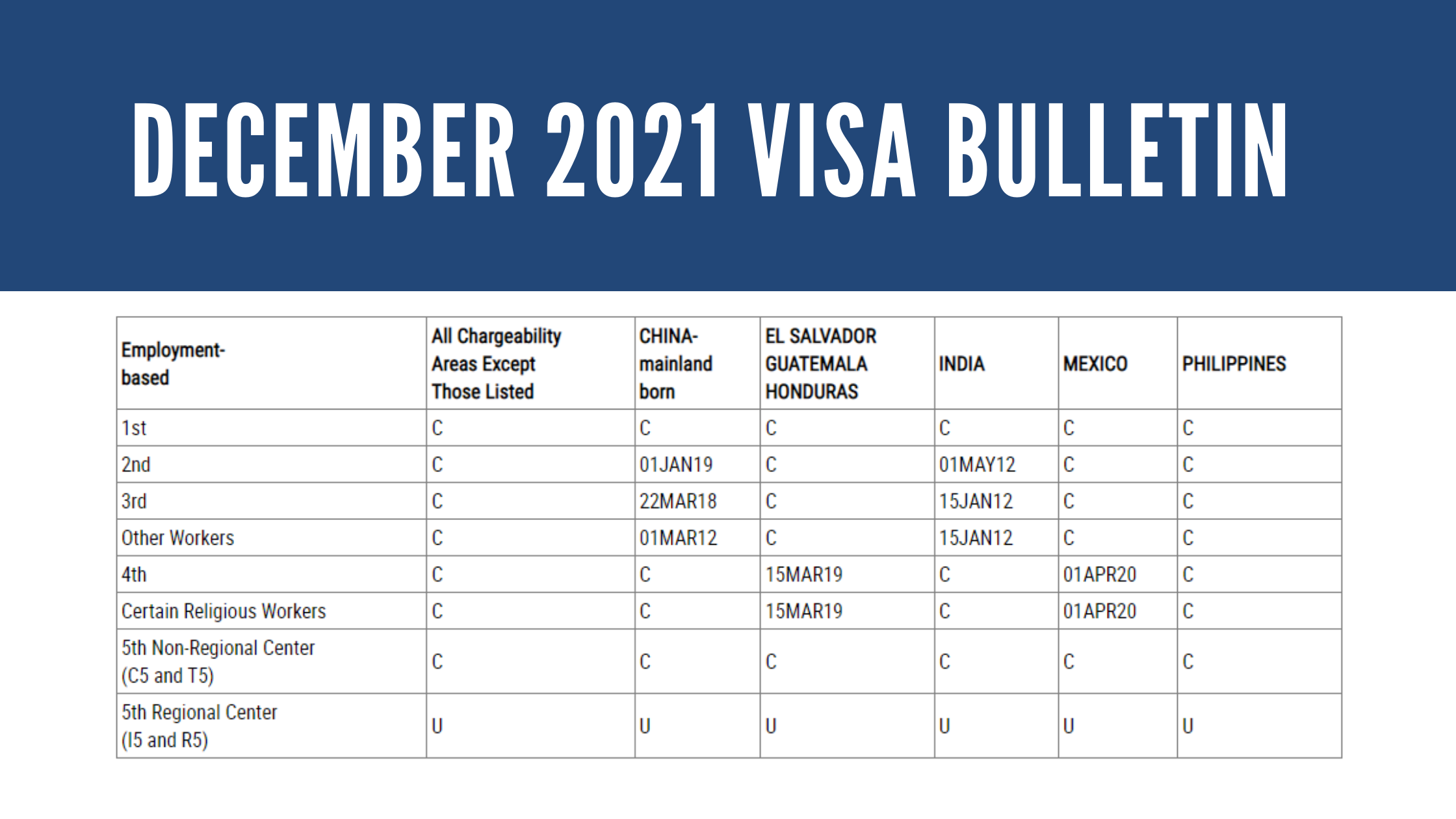 The U.S. Department of State has published the monthly Visa Bulletin for December 2021.

(Chart A on the December 2021 Visa Bulletin)

* See below from the December Visa Bulletin regarding the final action dates of Regional Center visa applicants:

EB-5 DATES FOR FILING (CHART B)

However, for all visa applicants affiliated with a direct EB-5 project, the dates for filing will become “current” in December. That is, qualified EB-5 applicants who invested in a direct EB-5 project, regardless of his or her country of birth, can file an adjustment of status application to USCIS in December as soon as their I-526 petition is approved without any delay.

(Chart B on the December 2021 Visa Bulletin)

While Item F on the latest Visa Bulletin highlights the fact that, for the first time since May 2015, direct EB-5 visa applicants from China will not be subject to any cut-off dates in December, it also notes that a final action date could be imposed in the future months depending on the demand for visa numbers from direct EB-5 applicants.

See below from the December Visa Bulletin:

These categories have become “Current” for December; however if China-mainland born number use were to materialize at a level which could potentially jeopardize visa availability under the overall FY-2022 Employment-based Fifth preference annual limit it would then be necessary to once again impose a final action date.