“Is the Convergence of EB-5 Capital with Traditional Private Equity the Next Big Thing?” 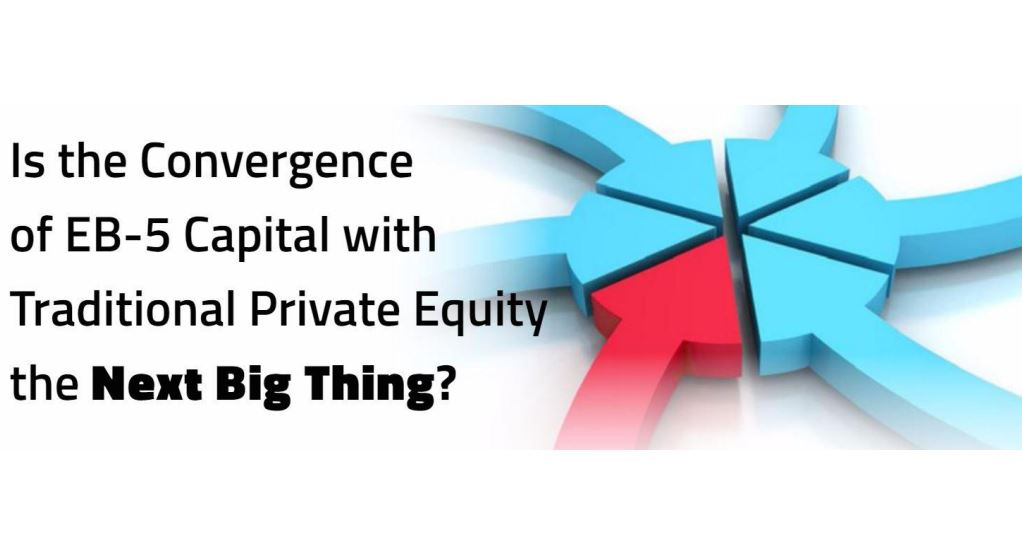 The EB-5 industry has lived in relative obscurity for most of its history. The employment-based fifth preference category that was first created in 1990 as part of an initiative to produce U.S. jobs was barely used in its earliest days. When the financial crisis of 2008 came along, the use of the EB-5 visa program and deployment of EB-5 capital began to grow. In the last few years, the program has reached capacity with a waiting list of EB-5 investors ensuring that the program will remain at capacity for years to come.

The tremendous growth in the program began as it became recognized as an important financing tool and job creation engine. Both were critical needs during the Great Recession. EB-5 funds were no longer an obscure form of foreign capital. Today, it is commonly used within the capital stack of some of the largest and most prestigious developments and projects in the country.

The most recent Department of Commerce report confirmed that between 2012 and 2013 over 174,000 jobs were created as a result of the EB-5 program. The 174,000 jobs represents 4.3% of all U.S. job growth during that period. These are staggering numbers that are not lost on Congress. Considering the ambitious objectives under the Trump administration, EB-5 will most definitely get consideration as one of the engines that can be used for job creation and infrastructure upgrades.

One noticeable development of the program is that the use of EB-5 capital has gone mainstream in the last few years. Today, EB-5 funds are regularly used by developers of all sizes on projects of all sizes in locations across the country. A key benefit of this program maturation has been the positive impact it has had on industry best practices. Because many of these larger firms also raise capital from more traditional sources such as private equity capital from institutional investors, rigorous processes and due diligence protocols are already in place. Compared to your typical EB-5 investor, these institutional investors are extremely demanding. They are very concerned about the security, transparency, and compliance practices of the developers they invest with. These developers naturally embrace higher standards of best practices, such as third party fund administration and controls, specified in the recent iterations of EB-5 proposed legislation.

The focus of this article is the latest step in the evolution of EB-5 capital: EB-5 funds are increasingly being used alongside traditional private equity funds. This emerging trend is likely to have a very positive effect on the EB-5 industry and its stakeholders, including issuers, developers, and investors. There are several forces that can be identified as contributing factors as to why this is occurring…