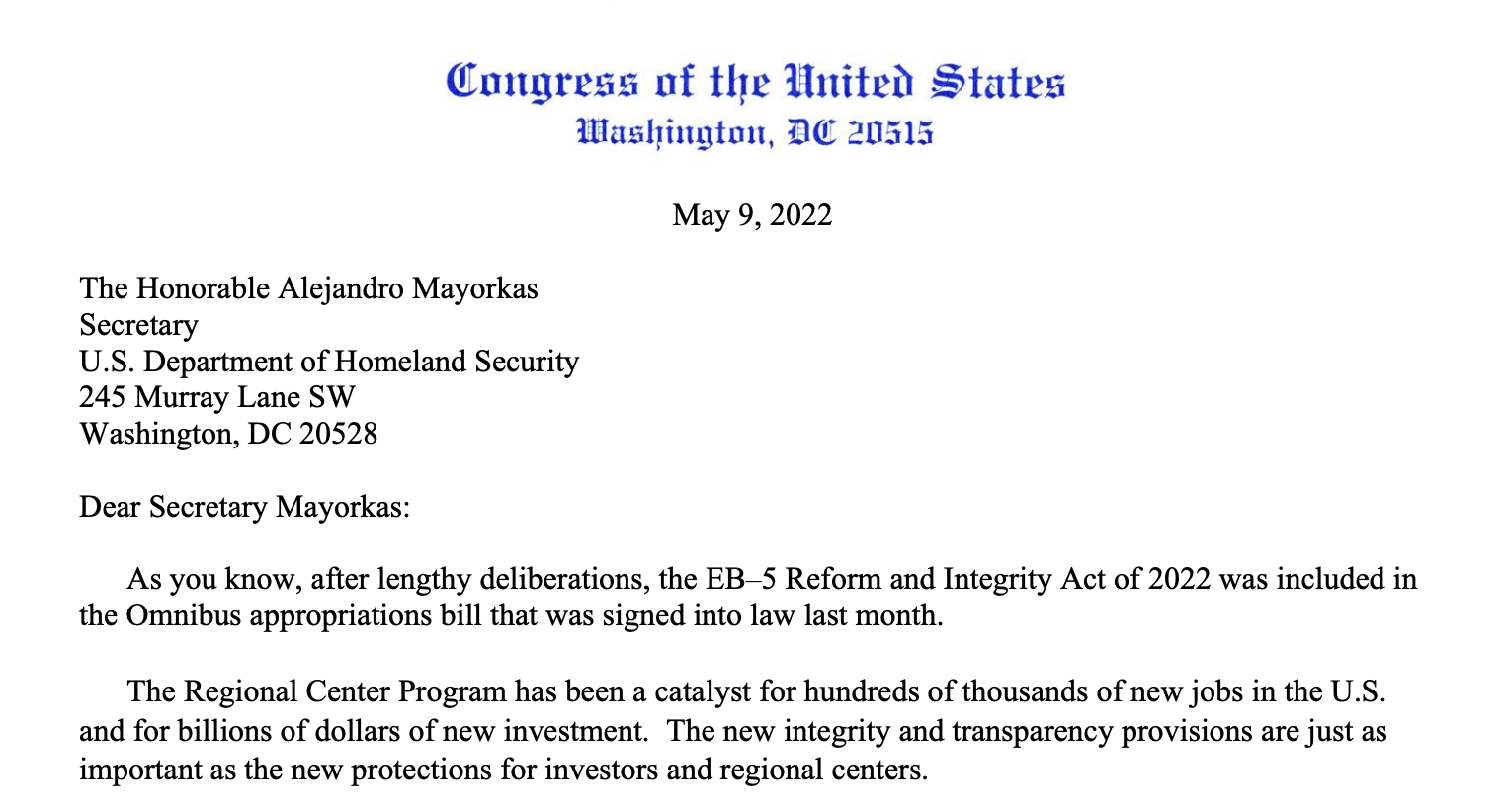 Four leaders from Congress, Senators Chuck Schumer, Lindsay Graham, and John Cornyn and Representative Jerry Nadler, sent a letter to U.S. Department of Homeland Security Secretary Alejandro Mayorkas on May 9 urging the Secretary to not require Regional Centers designated under the previous law to redesignate. The letter outlines legal reasons for why this should not be required, but also practical ones as well.

Today, May 10, a hearing for a temporary restraining order on the requirement for all Regional Centers to redesignate will be held at 5pm ET (2pm PT). The public can view the hearing via a Zoom webinar here. The letter from the Members of Congress was also submitted for the record for the court’s consideration on this matter.

The letter to Secretary Mayorkas can be read in full here. IIUSA has also sent letters to USCIS regarding this critical issue and will continue to keep EB-5 stakeholders apprised of developments in this matter as they become available.

As you know, after lengthy deliberations, the EB–5 Reform and Integrity Act of 2022 was included in the Omnibus appropriations bill that was signed into law last month.

The Regional Center Program has been a catalyst for hundreds of thousands of new jobs in the U.S. and for billions of dollars of new investment. The new integrity and transparency provisions are just as important as the new protections for investors and regional centers.

It is incumbent upon U.S. Citizenship and Immigration Services (USCIS) to guide the EB-5 Regional Center Community and the pending and prospective investors on the reactivation of the Program. Regional centers should be required to comply with the new integrity measures. However, there needs to be a transition between the previously approved legislation and the newly passed EB–5 Reform and Integrity Act of 2022 to avoid redundancies and administrative burdens for the agency. Further, a transition will avoid unnecessary complications to designated regional centers who have remained in good standing with USCIS and complied with the rules even during the program’s lapse.