Conflicted: Identifying and Disclosing Conflicts of Interest in EB-5 Transactions 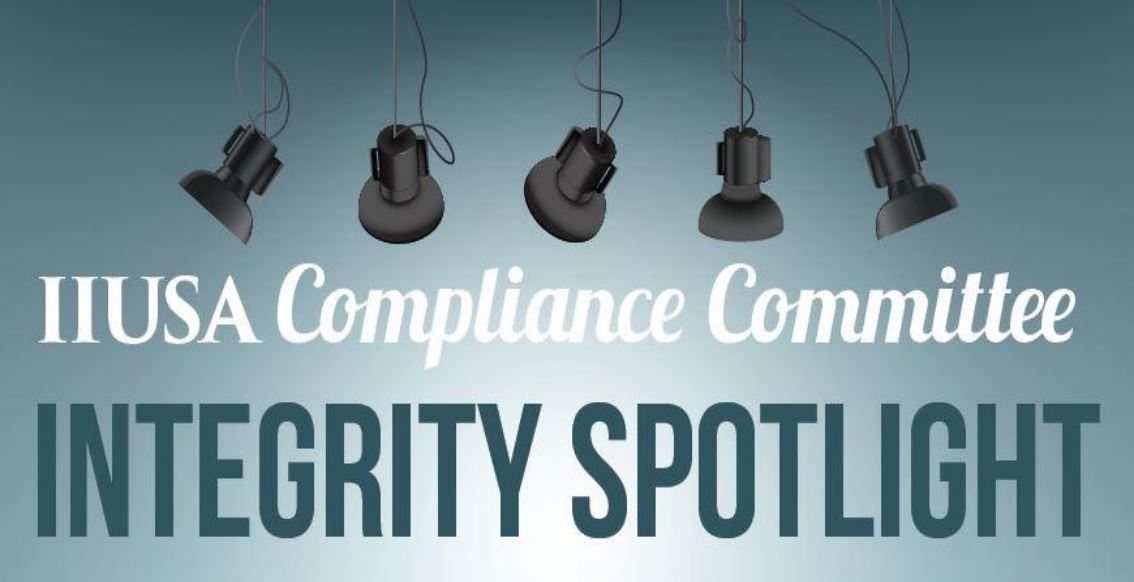 This inaugural Integrity Spotlight examines the proposed EB-5 Integrity Act of 2016 requirement that highlights conflicts of interests in EB-5 transactions. Under the proposal, all applications for approval of an investment in a new commercial enterprise must disclose any existing or potential conflicts of interest among the regional center, the new commercial enterprise, the job-creating entity, or principals or attorneys of any of these entities.

There may be no issue more germane to the ethics of EB-5 business practices than conflicts of interest. As members of IIUSA, adherence to our Code of Ethics and Standards of Professional Conduct (https://iiusa.org/wp-content/uploads/2014/06/IIUSA-Code-of-Ethics.pdf) indicates that we are EB-5 professionals who seek to minimize conflicts of interest. To that end, we should be making full and fair disclosure of matters and relationships that could impair our independence and objectivity or interfere with our professional duties.

A “conflict of interest” refers to any situation in which a person or entity has an incentive, financial or otherwise, to serve one of its interests to the detriment of another of its interests or obligations. In EB-5 transactions conflicts can take many forms. This Integrity Spotlight does not purport to list or describe all permutations of conflicts that may arise in EB-5 transactions, but rather it provides context for why conflicts are a vitally important ethical consideration.

During a 2012 presentation to the National Society of Compliance Professionals, Carlo V. di Florio, then Director of the SEC’s Office of Compliance Inspections and Examinations, set the stage for a conflicts of interest discussion with an apropos metaphor. di Florio invited his audience to think of ethical constructs, like IIUSA’s Code of Ethics and Standards of Professional Conduct, as an organization’s white blood cells, making up a collective compliance and risk management “immune system.” He analogized conflicts of interest to viruses that threaten an organization’s well-being, noting, “[a]s in the microbial world, these viruses come in a vast array of constantly mutating formats, and if not eliminated or neutralized, even the simplest virus is a mortal threat to the body.” Conflicts of interest, if not properly eliminated or at least appropriately mitigated and disclosed, could suggest increased fraud risk for the associated investment opportunity.

Some conflicts of interest scenarios may also involve allegations of illegal activity. For example, in 2015, there were numerous SEC enforcement actions against lawyers allegedly offering EB-5 investments who were not registered to act as investment brokers. There were also allegations that one of these same lawyers breached a fiduciary and legal duty owed to clients. In several of these enforcement actions, attorneys that were hired by prospective EB-5 investors to provide immigration legal services were also allegedly paid commissions by regional centers or their managers to assist in selling EB-5 securities.

Putting the legal aspects of unlicensed brokerage activity aside, it seems obvious that an attorney’s fiduciary duties to their client could be subordinated and compromised when a handsome compensation arrangement with a regional center for an investor referral is also at play. The conflicts of interest in these instances may seem clear, however, there are other more common instances of conflicts of interest that should also be examined in the EB-5 context.

It is important to note that some conflicts of interest and the actions and business decisions arising under a conflicts of interest scenario may technically be legal. However, a conflict of interest in conjunction with misaligned incentives and unethical culture can cause irreversible reputational harm, may prove difficult to explain to EB-5 factions such as prospective investors, investor intermediaries, and business partners, and could ultimately threaten an otherwise healthy transaction through increased litigation risk and rescission rights.

In di Florio’s presentation he postulates that most bad business behavior can be tied to a conflict of interest. He added that he found the most challenging conflict situations to be those where the actors “profess to be ethical and clear-thinking [but] are led astray by cultural pressure (poor tone at the top), misaligned financial incentives, herd behavior (everybody else is doing it), or just personal weaknesses – vanity, self-delusion or poor judgment. ” This commentary is particularly relevant in our EB-5 industry, which like many burgeoning financial sectors before it, may be subject to herd mentality and under-examined business and legal practices.

Examples of conflicts of interest that may arise in the EB-5 transactional context, which would require analysis and disclosure include: (1) a job-creating entity borrowing EB-5 proceeds from a new commercial enterprise lender with common management of both entities; (2) a regional center compensated both in its role as regional center and as a manager of the new commercial enterprise; and (3) an attorney serving as counsel to both the new commercial enterprise and its investors. In situations where a party to an EB-5 transaction stands to benefit from the completion of an EB-5 securities offering or the deployment of EB-5 capital to the job creating entity, apart from the benefits that it receives in its intended role (i.e. as an investor, attorney, manager, etc.), such party’s ability to effectively perform its original function may be compromised and thus create a conflict of interest issue that should be addressed.

Issuers of EB-5 securities and regional centers should carefully assess their policies on EB-5 transactions that involve conflicts of interest and should consider designing and implementing written plans to manage such conflicts. We must remain mindful that the EB-5 industry is highly dynamic – new deal structures, marketing strategies, and players enter the market on a daily basis – therefore, conflicts assessments should evolve with your organization’s business practices. As EB-5 stakeholders and members of IIUSA, we should remain steadfast and disciplined in our commitment to identify conflicts of interest and eliminate or effectively mitigate and disclose them to ensure that our industry remains healthy and viable.