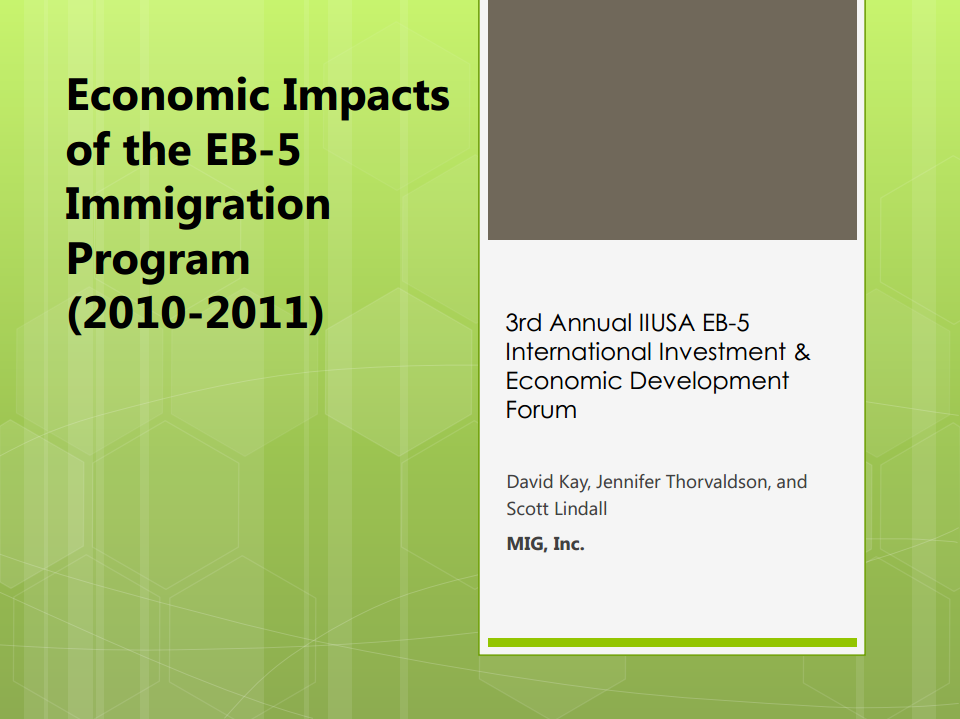 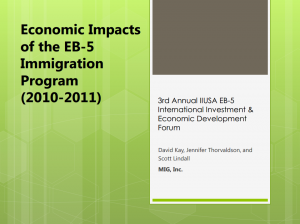 (Continued from last weeks analysis of the IIUSA Commissioned Economic Impacts of the EB-5 Immigration Program, 2010-2011. Click here to read that summary.)  Last week, IIUSA detailed the meticulous methodology utilized by Minnesota IMPLAN Group, Inc. (MiG) in its IIUSA-commissioned, peer-reviewed economic impact study of the EB-5 Program for 2010-2011.  This week we look at the difference between the IIUSA-commissioned study with the USCIS commissioned study “published” in 2010 (IIUSA had to file a Freedom of Information Act (FOIA) request to finally obtain the report, which can be found HERE). The IIUSA-commissioned report showed that the EB-5 Program annually contributes billions of dollars in capital investment, create tens of thousands of U.S. jobs and generate hundreds of millions of dollars in federal, state and tax revenue.  These findings were much larger than those of the USCIS-commissioned study…

As we have all known for a long time, the EB-5 Program contributes substantially to the U.S. economy, with its contribution growing every day.  It is gratifiying to see the data begin to catch up with the growth and a methdology that captures a more comprehensive picture of that economic impact.  It is a testament to all of your hard work driving regional economic development in your local communities with the EB-5 Program.

STAY TUNED FOR THE 2012 REPORT CURRENTLY IN PROGRESS, BASED ON ANOTHER COMPLETE DATASET OF REGIONAL CENTER INVESTOR STATISTICS FOR 2012!