The Coalition to Save and Create Jobs Continues to Grow – Have You Signed On? 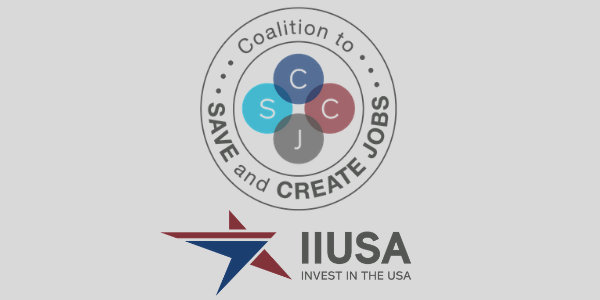 The Coalition to Save and Create Jobs continues to grow its ranks ahead of the June 30 EB-5 Reauthorization deadline. The below list of organizations and individuals have unequivocally stepped up to show their support of the EB-5 Regional Center Program as a whole and the EB-5 Reform and Integrity Act specifically.

The Integrity Act will be the vehicle through which the industry achieves a much-needed and long-term reauthorization. However, with just 41 days before our reauthorization deadline, we need to continue to demonstrate the broad-based support EB-5 has.

If you have not already done so please join the Coalition here and encourage any and all industry colleges and local stakeholders to do the same. Together we will be able to achieve reauthorization and begin the process of fostering renewed growth for the industry and the nation.