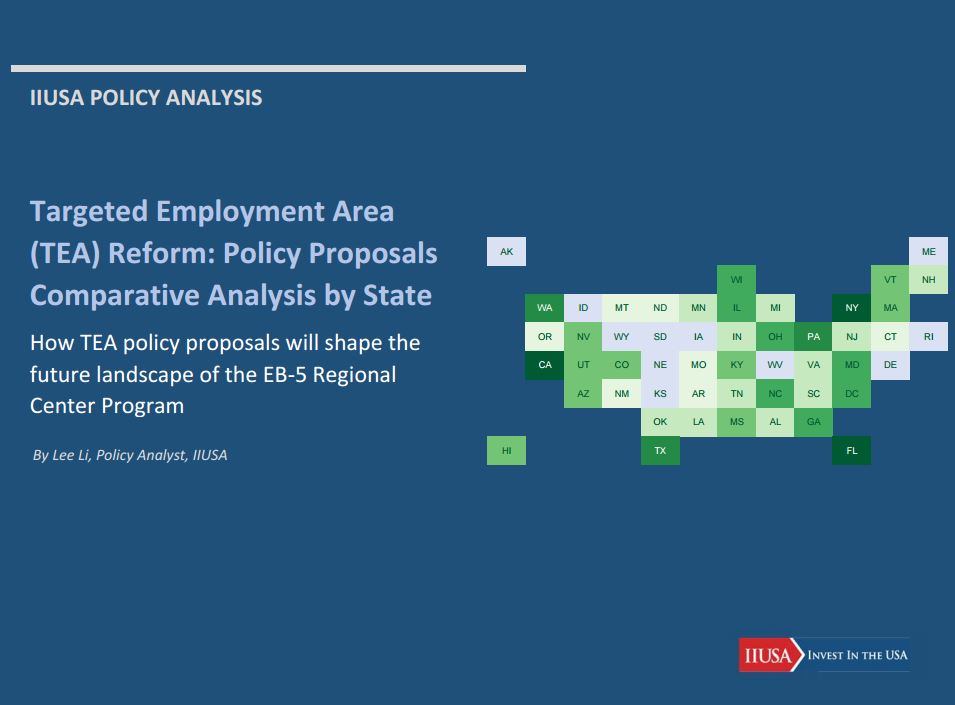 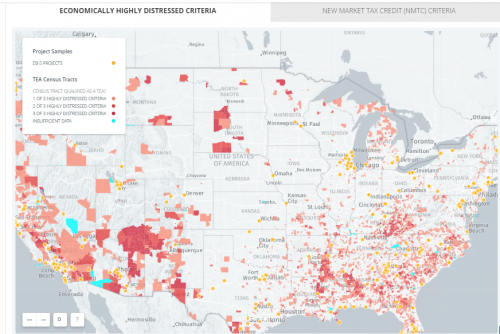 Earlier this month, an updated targeted employment area (TEA) report was published by Invest in the USA (IIUSA), the non-profit trade association of the EB-5 Regional Center industry, which includes new analyses of draft legislation released to the industry in April from Senators Charles Grassley (R-IA) and Patrick Leahy (D-VT) and in May from Senator John Cornyn (R-TX) that would make changes to the EB-5 Regional Center Program.

In April, IIUSA published the industry’s first-ever comprehensive comparative analysis of the potential impact of various proposals put forth to reform Targeted Employment Area (TEA) policy. The report was created to enable Congressional leaders and industry stakeholders to participate in rational, fact-based policy discussions which ultimately would result in the most reasonable and sustainable TEA solutions for the EB-5 industry.

“The new addendum to our initial first-of-its-kind report adds another level of understanding and evaluation of the potential implications of policy proposals that would reform the way TEAs are used in EB-5,” said Peter D. Joseph, Executive Director of IIUSA. He continued, “Our goal is to ensure anyone involved in or affected by the decision of TEA reform is fully informed about how these changes would impact not just the entire country, but also individual communities and this additional analysis provides that.”

The report, available for download on IIUSA’s website, compares nine different approaches to TEA proposals put forth by various stakeholders of the EB-5 industry. Using the most recent 5-year American Community Survey (ACS) data and analyzing 600 EB-5 project samples, the report takes a comprehensive look at the impact the different policy proposals would have on the EB-5 Regional Center program at both a national and state-by-state level.

The full report is available for download as well as an interactive mapping tool at www.iiusa.org. Within the report is a full explanation of the methodology and the policy proposals. The mapping tool provides an even deeper level of understanding and visualization of TEA proposals.