For most of us, the daily tasks and the urgency of now often take precedence over reflection on past events and experiences. Especially in such 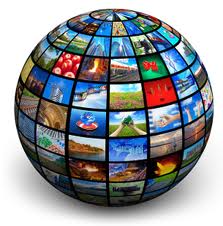 an industry with so many moving parts, EB-5 practitioners are by necessity very forward-thinking. But as your trade organization, it is our duty to put recent history into context.

2013 was another year of substantial growth and change for the EB-5 Program. This growth has created new public policy challenges and opportunities which gives us great reason to believe the industry’s next chapter will allow the Program to achieve new levels of success in both the short and long term. Back in November, IIUSA Executive Director Peter Joseph penned an insightful memo conveying why we should be optimistic about where the Program is headed from a policy and oversight perspective.

Since the end of last year, IIUSA has been diligently organizing a compilation of articles that, while often not as loud as some of the politically charged media coverage of the Program in late 2013, the positive coverage of EB-5 fulfilling its promise of U.S. job creation at no cost to the taxpayer in diverse geographies and industries. Below are a selection of quotes which we feel embody what the EB-5 Program was all about in 2013.

“Today is not so much about Jay Peak, but it is about taking a program we have proven effective here and expanding its value to our surrounding community.”

“Through public-private partnerships, we’re able to independently align cities’ economic initiatives with the goals of our individual and institutional investors. We pioneered this approach with the City of Dallas and are pleased to implement it in Fort Worth, a city with which we have developed an intimate relationship. In the days ahead, we will work diligently to identify high-quality projects that bring investment and significant job creation into the area.”

“Far from it being a ‘fast track,’ industry data shows that in 2013 it is taking an average of 17 months for the government to review applications from prospective EB-5 Regional Centers, federally approved organizations that pool foreign investments and deploy capital to large-scale projects. For foreign investors, there is currently an 18-month backlog of more than 7,000 investor applications. The anecdotal evidence cited in the article appears to track these timelines, which provide ample opportunity to perform the necessary security checks on investors.”

“Look behind that data and you see that EB-5 capital has been a critical source of funds for name-brand projects like California’s San Bernardino Airport and adjacent business development and the booming Philadelphia Navy Yard. Over the last five years, with commercial lending at a standstill, EB-5 capital filled the gap to fund nearly every major U.S. hotel project , as well as smaller, job-creating projects ranging from senior housing in Washington State and Florida, to a pioneering charter school focused on health care training in upstate New York.”

“The EB-5 program is one of the most complex and heavily scrutinized immigration programs,” says Stephen Yale-Loehr, Mr. Canal-Forgues’s attorney and an expert on EB-5 visas. “Investors must show every cent was earned legally.”

“In creating jobs in your neighborhood and in our state, the unemployment rate goes down. We have more taxpayers. Therefore, we can have more services. In other words, we have economic development.”