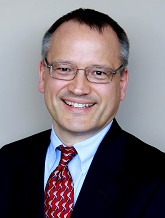 During the USCIS EB-5 Stakeholder Engagement held on July 28, 2016 in Miami, FL, Immigrant Investor Program Office (IPO) staff provided its quarterly update on the agency’s ongoing struggles to keep up with the ever-growing EB-5 program. In particular, IPO Chief Nicholas Colucci underscored USCIS’s focus on enhancing the transparency and integrity of the regional center program, cautioning that cases of malfeasance by regional center principals threaten to overshadow some of the good things the program is doing. Although self-policing is vital to program integrity, Mr. Colucci said, USCIS would continue to root out bad actors in cooperation with the U.S. Immigration and Customs Enforcement (ICE), Federal Bureau of Investigation (FBI), and the U.S. Securities and Exchange Commission (SEC).

With respect to the impending regional center program sunset on September 30, 2016, Mr. Colucci indicated that Congress is still deliberating the program’s future and that the IPO remains available to provide technical assistance. He also suggested there might be another potential pre-sunset surge in EB-5 petitions and applications (and another slowdown in processing times), similar to the two pre-sunset surges that occurred last September and December. The program’s sunset date was not otherwise a focus of the engagement.

Below is a summary of major topics discussed at the meeting:

Economic Impact of the EB-5 Program

Mr. Colucci disclosed that the U.S. Department of Commerce’s economic impact study of the EB-5 program, which evaluated both regional center and standalone projects that were ongoing in FY 2012 and FY 2013, is undergoing final review and is expected to be released possibly in the next couple of weeks. Hinting at a positive report, he said that “Commerce’s valuation of the program is higher than our [USCIS’s] simplistic straight-line math and it’s also higher than some of the private industry estimates that I’ve seen.”

He noted that the number of regional center designations has swelled from fewer than 200 five years ago to nearly 850 today, and that more than 25,000 EB-5 petitions and applications remain pending currently.

Per Mr. Colucci, the IPO hopes to reach its target of 171 staff by the end of calendar year 2016 if not sooner. As of July 28, 2016, there were 142 staff, with 3 more set to come on board in the beginning of August, and 15 or 16 more in the process of coming in. With more staff, IPO was able to reduce pending I-526 petitions by 12% and pending I-924 applications by 8% in the first half of calendar year 2016, although the upcoming regional program sunset is likely to affect processing times going forward. Increased Compliance Activities.

Both Mr. Colucci and Lori MacKenzie, Chief of IPO’s Policy and Performance Division, cited USCIS’s ongoing work on new EB-5 regulations (which effort is happening concurrently with potential legislative changes by Congress). After thanking stakeholders for feedback that IPO requested in connection with proposed regulatory changes, Ms. MacKenzie confirmed that the EB-5 program is currently on the DHS regulatory agenda without a set time for publication. She said USCIS was legally prohibited from talking about potential regulatory action but indicated that a notice of proposed rulemaking could be expected in the near future. New regulations will likely cover the minimum investment amount, targeted employment areas, the regional center designation process, and indirect job creation methodology-the issues on which IPO previously solicited stakeholder feedback.

Per Ms. MacKenzie, IPO is in the process of publishing the EB-5 program-related chapter for USCIS’s forthcoming Policy Manual. IPO will first publish its existing policy, and then begin publishing amendments to provide comprehensive guidance on issues that lack clarity under existing policy. These issues including job creation, sustainment of investment, and the impact of misappropriation of funds on those requirements; and regional center terminations and their impact on EB-5 petitioners at various stages of EB-5 process. IPO will release the amendments in draft form for stakeholder comment in the near future, Ms. MacKenzie said.

USCIS is in the process of updating the I-924 and I-924A forms and has published proposed changes to the I-526 form for comment. In the coming months, USCIS plans to translate some of the EB-5 content on its website into other languages. Additionally, Congress has approved USCIS’s request for funding to develop a new data system that will enhance USCIS’s ability to analyze and publish EB-5 data.

A related question was whether a parent may subscribe for an interest in a new commercial enterprise and subsequently gift the interest to the child. Ms. MacKenzie clarified that such facts would not be sufficient to support an I-526 petition because the child is not the investor.

Overall, the July 2016 EB-5 Stakeholder Engagement reflected an expectation on the part of USCIS that the EB-5 regional center program will continue beyond September 30, 2016, albeit with eventual regulatory, policy, and legislative reforms.

Cletus M Weber is a founding member of Peng & Weber, PLLC, a Seattle-based immigration law firm internationally recognized in EB-5 immigrant investor visas and other US immigration law. Mr Weber serves on the board of directors of Invest in the USA (IIUSA) as well as on the American Immigration Lawyers Association (AILA) EB-5 Committee.