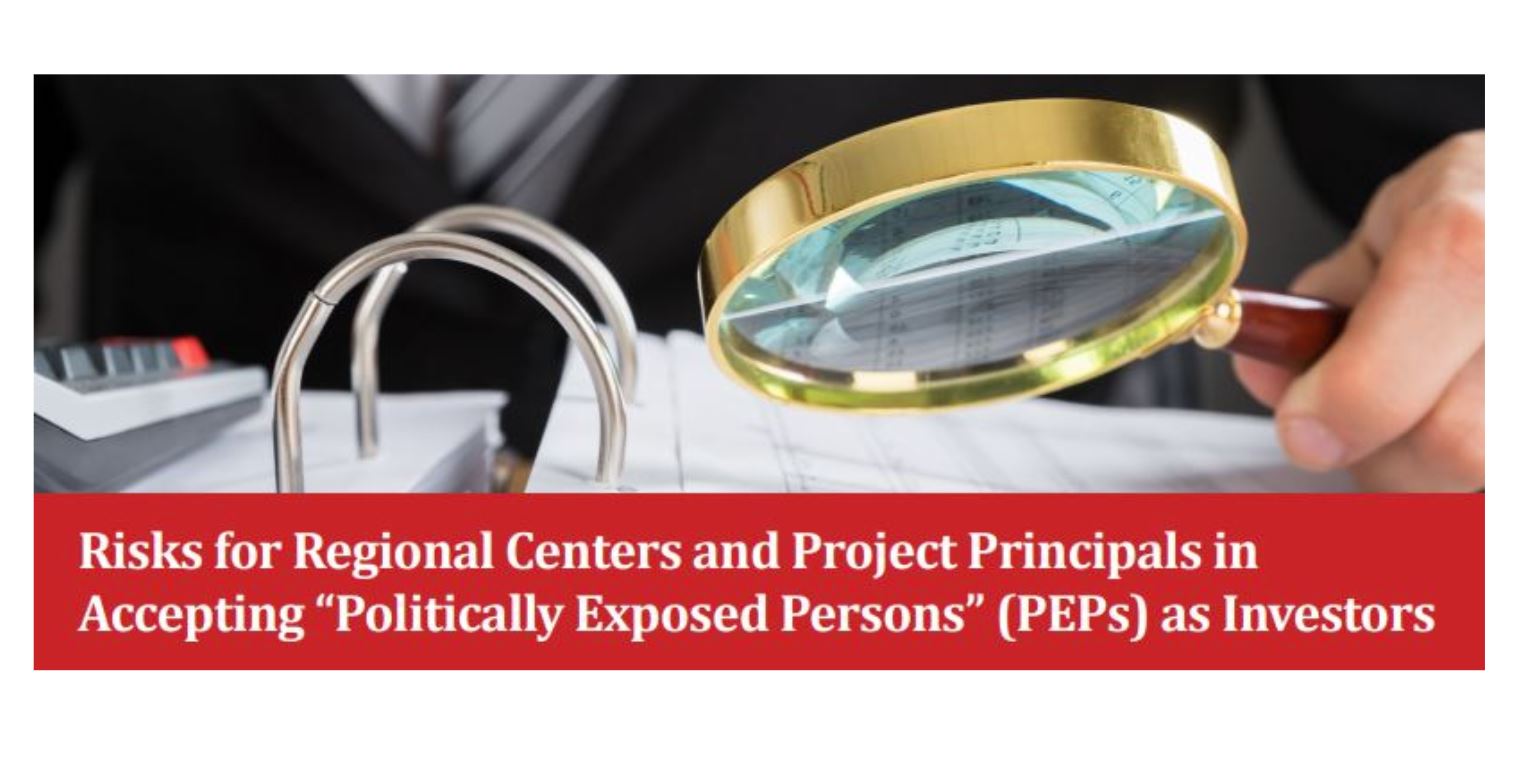 As lawmakers focus increasingly on compliance and integrity in the EB-5 Program, regional centers and principals of EB-5 projects or EB-5 funding entities should implement policies and controls to prevent the acceptance of funds that could include proceeds from money laundering or corruption. One compliance measure that regional centers, issuers in transactions and recipients of EB-5 capital may take is to implement risk-based screenings for applicants that are politically exposed persons (PEPs). Such screens would allow potential investors to invest in a project sponsored by or affiliated with a regional center only if heightened due diligence can be performed, and after any potential corruption issues discovered therein have been resolved. This is an important issue for EB-5 regional centers as efforts to raise capital continue across borders, especially in countries where corruption is reported to be commonplace such as Vietnam, India, Brazil, Turkey and Venezuela.

What is a PEP?

Generally, PEPs are individuals who pose a perceived higher risk for money laundering because of their prominent position or influence. The term is used commonly in the banking context, where financial institutions and broker-dealers are required to comply with anti-money laundering (AML) laws that mandate having risk-based screens in place to identify PEPs. The term PEP has also gained traction globally in efforts to develop standards to combat money laundering and the financing of terrorism. The term does not refer exclusively to a politician or political figure.

A PEP may be a current or former foreign government or military official, a senior executive of a foreign government-owned corporation, a government minister or official, or a family member (e.g., parents, siblings, spouse, children, and in-laws) or close associate of any such individual. Other examples include judicial officials, Heads of State, or senior politicians or important political party officials, as well as their family members and close associates.

PEPs are not barred from participating in the EB-5 program, but they must be carefully screened as they are considered more likely to pose risks of money laundering of proceeds from corruption and/or other illegal activities. In other words, enhanced due diligence may be required with individuals who are potentially PEPs. In general, the issuer in an EB-5 transaction or a broker-dealer representing the issuer would ensure that such due diligence is completed. This due diligence is not automatically performed by a bank or escrow agent.