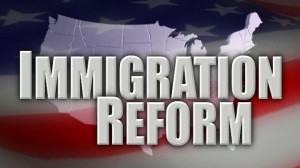 On Thursday January 30th, Congressional Republican leaders issued a set of“Immigration Reform Principles”, a six-point manifesto which indicates that the House leadership is preparing to consider a series of immigration related bills during what remains of the current 113th Congress.

Of the broad principles outlined by the GOP (which can be read in its entirety with the link above), the one most closely associated with EB-5 is “Reforms to the Legal Immigration System” which intend to increase the importance of “employment-base immigration” to tap into the expertise of foreign nationals who “pursue degrees at America’s colleges and universities, particularly in high skilled fields” by altering the current reality of “visa and green card allocations to reflect the needs of employer and the desire for these exceptional individuals the help grow our economy.”

With 2014 being a mid-term election year, the window for legislative action is likely small.  In June 2013, the Democrat-controlled Senate passed comprehensive immigration reform (S. 744) – which include several EB-5 provisions that would make the Regional Center Prog.  IIUSA is actively advocating that Senate manager’s amendment #1455 – which was supposed to be included in the legislation before vote along with other bipartisan supported manager’s amendment.  All of the manager’s amendments were therefore not included before passage, however we have been assured that if the House and Senate go to conference to negotiate final legislation, the EB-5 language in #1455 will be included.

Since the Senate passed legislation in June, the Republican-controlled House has taken up several immigration bills in committee, but none on the full floor for vote. Whether there is enough agreement in the Senate and the series of House legislation is to be seen. This is as far as immigration reform has gotten in the U.S. political system in the better part of a decade, with both parties leaving the door open to reform.