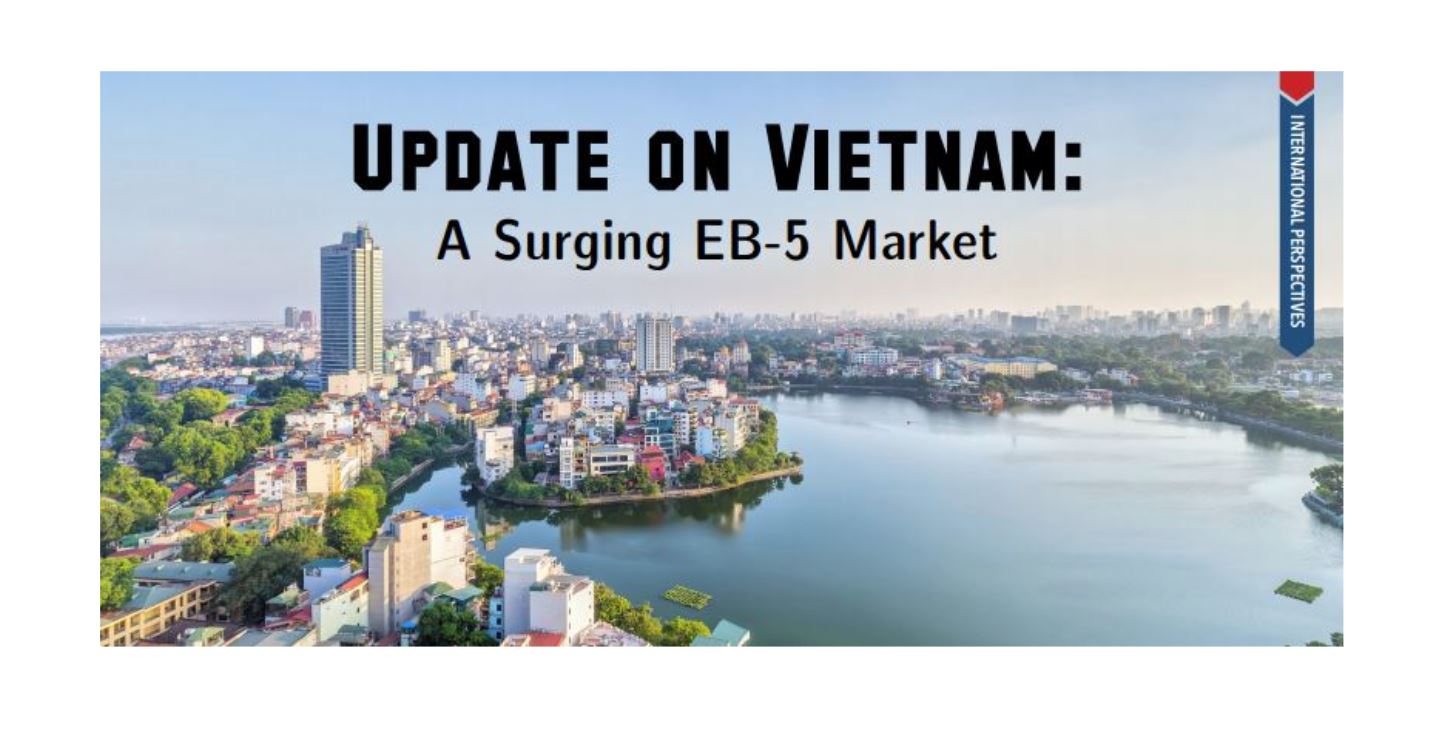 In less than five years, the EB-5 market in Vietnam has grown from single-digits a year volume to become the world’s second largest source of EB-5 investors. Some industry observers believe that Vietnam has overtaken China as the largest source country for EB-5 investors, given that China market volume may have declined anywhere between 70-90% by some estimates. While USCIS has yet to publish statistics on the number of new I-526 petitions filed by Vietnamese investors during Fiscal Year 2017, there is no doubt that the 2017 calendar year was the best ever for sourcing EB-5 investors from Vietnam. Credible estimates for the number of new I-526’s filed during the calendar year 2017 vary between 275-400, with my personal assessment putting the number at approximately 300.

Yet, even with the rapid five-year growth of the Vietnam market, simple mathematics dictate that Vietnam (90 million people) can never hope to replace the volume that China (1.3 billion people) used to generate. Furthermore, despite that explosive growth, the EB-5 market in Vietnam faces many challenges, leaving the overall market at a crossroads.

While Vietnam has rapidly shifted from an EB-5 non-entity to the second-largest market behind the People’s Republic of China, the market is still relatively immature. EB-5 issuers and practitioners should not make the assumption that doing EB-5 business in Vietnam is the same as China based on the superficialities that the two countries are neighbors and have similar “migration brokerage” agency models. Issuers and practitioners will quickly find out that many of the migration brokers are new to the industry (and also run their agency “on the side’) and lack efficiency, if not professionalism in their EB-5 approach.

Many migration brokers are simply chasing a “quick buck” and will offer many projects concurrently and/or quickly add or drop projects based on ancillary concerns, which leads to confusion within the Vietnam market and frustration among issuers. With the twin issues of brokers being new to the industry and operating their EB-5 business as a sideline activity, issuers and practitioners are learning that without their systematic and perpetual involvement in the agency’s sales process many agencies are unable to “close” clients. Put another way, many agencies simply cannot close clients once the issuer and/or attorney leaves Vietnam. Additionally, prospective clients will often need several meetings with the issuer and/or attorney before making the decision to go forward.

IUSA is excited to host our next Global Banquet Series events in Ho Chi Minh City, Vietnam and Seoul, South Korea this September which will bring together leading EB-5 professionals from across the world for an evening of educational panels and networking opportunities, helping to forge crucial relationships between EB-5 professionals Vietnam, Korea, the United States and indeed around the world…Learn More