With the EB-5 Regional Center Program set to expire on December 11, IIUSA, the national not-for-profit trade association representing over 290 EB-5 Regional Centers that account for over 95% of capital flowing through the Program, has developed a compromise proposal for reform measures that may be included in long-term reauthorization legislation. The recommendations were delivered in a letter to the bipartisan leadership of House and Senate Committees currently negotiating reauthorization bill language.

“After careful consideration and a very deliberative process involving our leadership, relevant committees and the broad-base of IIUSA members, we have crafted a set of compromise proposals to help policymakers conclude their ongoing negotiations and keep EB-5 working for America,” commented IIUSA Executive Director Peter Joseph. “Our goal was to develop workable solutions that address the concerns and interests of policymakers and the EB-5 industry. With more than $9 billion of EB-5 capital in the pipeline, it is critical that the program be reauthorized before December 11 with no lapse. “

Under EB-5, a program created by Congress with broad bipartisan support, foreign nationals who invest at least $500,000 or $1,000,000 in approved U.S. businesses are eligible for permanent residency if the U.S. government confirms that their investment created or sustained at least 10 American jobs within two years of the investment.

The four recommendations included in the compromise proposal are:

“EB-5 is a complex program with billions of dollars in important job-creating investments at stake. It is essential that EB-5 industry leaders have an opportunity to review any proposed legislation to provide constructive feedback on ways to improve the program without inadvertently undermining the Program’s economic development potential,” noted Joseph. “We are currently reviewing the latest draft bill which was released before we submitted our recommendations and look forward to continued discussions with policymakers.”

IIUSA’s compromise provisions were developed after careful and full consideration of the policy discussions to date, EB-5 and global industry data, and review of the various legislative proposals on EB-5 from current and past Congresses. Recommended and supported by the IIUSA Board of Directors, the proposal received unanimous support from IIUSA’s Public Policy Committee and from a significant majority of IIUSA’s membership in a poll taken from October 28-29.

The results of the poll show strong support for the proposal by each membership category and in total. To view the voting breakdown, click here. 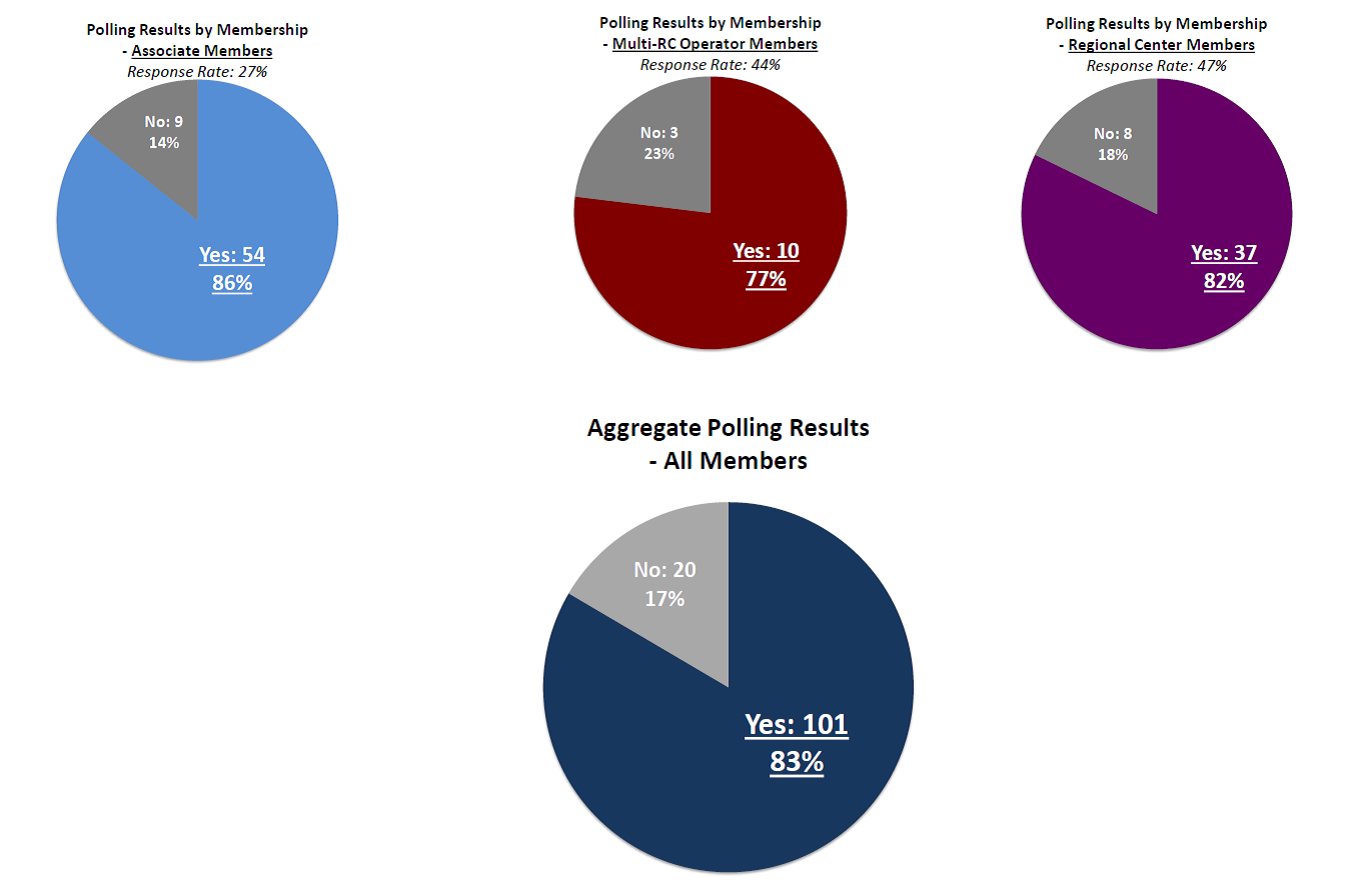