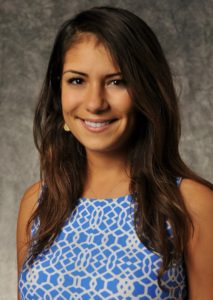 Since the last long-term reauthorization of the EB-5 Regional Center Program (the “Program”) in 2012, the EB-5 Regional Center industry, as well as those who have become beneficiaries of the Program and thus have an inherent stake in the industry, has changed substantially. The Program has grown by over 1,200% since the financial crisis of 2008 and EB-5 has now proven itself as an increasingly mainstream source of financing for economic development projects across the U.S. This exponential growth, coupled with an annual cap on visa numbers, high-profile cases of fraud and Securities & Exchange Commission (SEC) enforcement actions, and increased media scrutiny, made 2015 fertile ground for reform to the Program. Although Congress passed an omnibus appropriations bill on September 30, 2016 that included a clean extension of the Program without any changes through the next fiscal year, the work that was done by Congressional leadership leading up to that reauthorization is important to understanding what comes next in the legislative process for EB-5.

In the weeks leading up to the reauthorization deadline in December of 2015 there were numerous EB-5 reform drafts circulated. Key industry groups alongside Senate and House Judiciary Committees and Leadership staff sat at the negotiating table for months in an attempt to come to consensus. A detailed timeline of how this process played out can be found on IIUSA’s Member Portal and how drafts were revised over time. The final “December Draft” was from December 15th and would have been cited as the “American Job Creation and Investment Promotion Reform Act of 2015”. This article summarizes some of the key issues from the December Draft.

Staying competitive in the international immigrant investor marketplace is essential for EB-5 to maintain its position as the most popular program in the world. Different immigrant investor programs offer different benefits depending on what the immigrant is interested in. For example, an investor that wants residency in the European Union for a benefit such as a good education and healthcare or travel flexibility, Portugal has the option of investing €500,000 in Portuguese property. If an immigrant were looking for tax benefits, they might want to invest $400,000 on a property in St. Kitts & Nevis to obtain citizenship. Neither of these programs have the uncertainty of needing to meet an “at risk” requirement that is needed when applying to the EB-5 program. If America wants to continue to see the economic benefit that EB-5 has given our country, the goal of any reform policy needs to ensure that the U.S. minimum amounts continue to be competitive globally in order for any difference in targeted employment area (TEA) vs. non-TEA minimum levels to be fair.

The “December Draft” kept the minimum investment level for non-TEA investments at $1 million and raised TEA level from $500,000 to $800,000, and those amounts would be automatically be adjusted every five fiscal years based on Consumer Price Index (CPI).

TEAs have been an area of passionate debate in every corner of the EB-5 industry yielding many thoughtful ideas on how to update policy to 21st economic development priorities. There have been various proposals in Congress related to census-tract aggregation limitations, measuring commuting patterns to projects, or borrowing from other federal economic development programs on how geographic incentives are calculated. In the “December Draft”, for a project to be considered in a TEA meant that it met one of the following qualifications:

An area consisting of a census tract or tracts in a metropolitan statistical area (MSA) that has (1) average of 150% of the national unemployment, which may include one bordering census tract; (2) a poverty rate of at least 20%; or (3) a median family income of not more than 80% of the state or MSA median family income. The first provision is unique to EB-5, but the latter two are taken directly from New Market Tax Credits (NMTC). Both TEA and NMTC maps are readily available through online service providers.

The “December Draft” also pondered an entirely new way of incentivizing investments by way of visa set asides for Priority Urban Investment Areas, Rural Areas, and non-TEA investments – with the remaining allocated based on demand. The “set aside” terms refers to the concept that if all of the visas set aside for certain investments were not used in a year, the visas would be set aside for a period of time for investors (and family) in these qualifying projects. The amount of time that visas would be required to stay set aside for these categories changed many times during reform negotiations. With almost 22,000 I-526 petitions pending in addition to all approved investors and their family dependents that are or would be seeking visas, a visa set aside could be a powerful way to encourage the financing of projects in these areas. However with so many in line already, going forward, any discussion of visa allocation needs to be part of a robust discussion to increase EB-5 visa capacity.

In response to concerns that the “set aside” concept out exacerbate existing capacity issues, the “December Draft” included a mechanism for those already in line for a visa to re-classify into one of the investment categories that had a set aside. IIUSA studied how the mechanism would work by running an analysis of projects in its proprietary database. IIUSA receives project information from member input, publicly available information, and Freedom of Information Act (FOIA) requests. You can find this information on IIUSA’s member portal.

IIUSA found 29 projects in our database would have qualified as rural, representing 4,192 investors or a minimum of about $2 billion. In calculating visa allocations to this area we made an assumption of 2.5 visas per investor to represent the investor and their dependent family members. With this assumption, we would suggest that about 10,480 visas currently in line would have been able to re-classify for the set-aside.

IIUSA found 26 projects would have qualified for this set aside, representing 3,171 investors or a minimum of about $1.6 billion. Still using an assumption of 2.5 visas per investor, 7,928 visas currently in line would have been able to re-classify for the set-aside.

As things stand currently, over 95% of all EB-5 investments are used to finance projects in TEAs. This non-TEA set aside has the policy intent of creating another incentive (visa availability) to support a market for the higher investment amount. There would have been very few in line for visas currently eligible for this re-classification.

These three issues are far from the only aspects of reform that we must examine. Others include job creation methodologies, investor and Regional Center fees, effective dates, national security/anti-fraud/compliance provisions, and more. With opportunity for legislative reform and long-term re-authorization significantly diminished in a presidential election year, these issues have formed a basis for discussion for stakeholders to find new ways to compromise and come together to build consensus on these issues so that reform and long-term reauthorization is possible when the opportunity comes.

IIUSA is actively engaged in finding solutions and consensus amongst our membership through various outlets. Over half of IIUSA membership has responded to a survey on policy issues. More opportunities are on the horizon at the Annual EB-5 Regional Economic Development Advocacy Conference this April, the findings will be presented at the Annual Membership Meeting as part of an interactive review of results and then made available online. IIUSA’s Public Policy Committee has developed comments to S. 2415 (“EB-5 Integrity Act of 2015”) for Board consideration while IIUSA’s Executive Director will testify at an upcoming Senate hearing on EB-5 and TEAs.

Through these various policy development tools and important advocacy efforts, IIUSA continues its commitment to an always-improving inclusive process that has been the hallmark of IIUSA’s representation of the EB-5 industry since its founding. Please get involved in these processes within IIUSA as well as directly connect with your Congressional representatives. Together we will ensure EB-5 continues to be a transformative regional economic development tool for the 21st century.