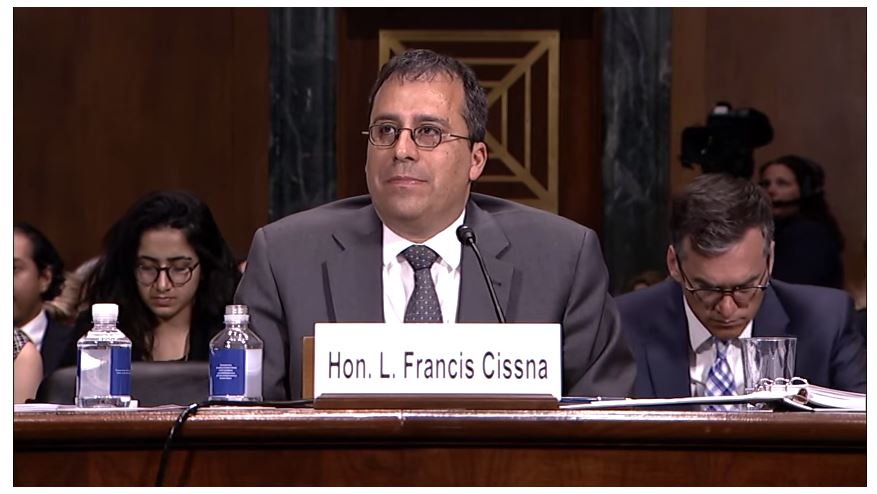 (Click the Image above to watch the hearing recording)

Last week, the Senate Committee on the Judiciary held a hearing titled “Citizenship for Sale: Oversight of the EB-5 Investor Program” exploring some of the most pressing issues facing the EB-5 industry. On Friday, IIUSA submitted a letter for the record to the Senate Judiciary Committee in response to the hearing. After a hearing where some concerning narratives developed amongst Committee members, IIUSA felt obligated to respond on behalf of the EB-5 industry.

Invest in the USA (IIUSA) respectfully submits this statement for the record to the Senate Committee on the Judiciary (the Committee) regarding its hearing held on June 19, 2018, “Citizenship for Sale: Oversight of the EB-5 Investor Visa Program.” We appreciate the Committee’s interest in ensuring the integrity of this important tool for local economic growth and infrastructure development.

Founded in 2005, IIUSA is the national non-profit trade association of the EB-5 Regional Center industry with a mission of advocacy, education, industry development, and research. We have a diverse membership collectively representing big and small projects, urban and rural economic development, and a wide variety of industry sectors. Our Regional Center members are engines for economic growth in the United States, responsible for the majority of EB-5 investment nationwide. The EB-5 Regional Center Program (the Program) has generated billions in capital investment, tax revenue, and hundreds of thousands of jobs to the U.S. – all at
no cost to the American taxpayer.

IIUSA was clearly on the record once again this past March in support of the legislative language put forward by Chairman Grassley, Senator’s Leahy and Cornyn and Chairman Goodlatte in the House which would have introduced much needed reform and moved the EB-5 program back closer to its original intent of serving primarily distressed urban and rural communities. After this effort failed, IIUSA and the EB-5 industry turned its attention toward anticipated regulatory changes. IIUSA wrote a letter to Department of Homeland Security (DHS) Secretary Nielsen and U.S. Citizenship & Immigration Services (USCIS) Director Cissna in May of this year reiterating our support of the EB-5 Regional Center Modernization regulations but only if final regulations provide for a more reasonable increase to the current investment amounts. A nearly three-fold increase in investment amounts as originally proposed would stifle demand to the point of being a death sentence to the Program and the legitimate job-creating projects that are relying on its funding. The IIUSA letter to Secretary Nielsen and Director Cissna includes more detail on the factual basis for a smaller increase to $800,000 for Page 2 of 3 projects located in Targeted Employment Areas (TEAs) which would still represent a 60% increase, to this most utilized investment category…Read the Full Letter

← Kick Off Summer by Joining the EB-5 Industry Trade Association Today! Take a Dive Into the IIUSA Member Portal This Summer! →