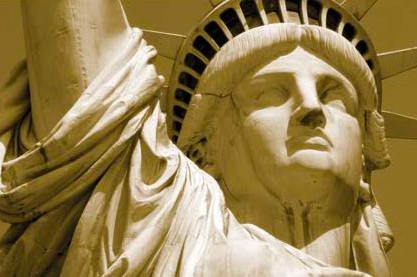 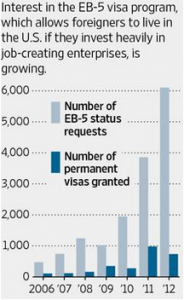 As part of IIUSA’s public affairs initiative to ensure the success of the EB-5 Regional Center Program is given appropriate attention in media coverage, IIUSA Executive Director Peter D. Joseph was recently quoted in a couple of articles about the Program.  Most recently, he was quoted in a Wall Street Journal article  titled “SEC Case Shows Greater Scrutiny of EB-5 Programs,” by Ana Campoy.  In the article, IIUSA Executive Director, Peter D. Joseph, was quoted as saying, “This is a program that delivers at-risk capital to job-creating projects all around the country, and it does so at no cost to the taxpayer.”

In a separate article, published in September by The Hill, titled“Lobbyists Swoop in to Defend Investor Visas,” by Kevin Bogardus.  The article details the uptick in EB-5 related lobbying activity recently in response to potent set of issues driving political activities surrounding the Program currently, such as: exponential Program growth, Congressional gridlock, pending comprehensive immigration reform, processing delays at USCIS, EB-5 related inquiries from Senator Grassley’s office surrounding the nomination of USCIS Director Alejandro N. Mayorkas to be Deputy Secretary of the Dept. of Homeland Security.

The article highlights the bipartisan support that the Program has always enjoyed, and cites the IIUSA commissioned economic impactreport which found that EB-5 immigrant investors contributed more than $2.6 billion to the GDP in 2010-2011, supporting more than 33,000 American jobs.  With that in mind, Peter D. Joseph, was quoted as saying “This is a program that speaks for itself, which brings economic benefits and can stand up on its own two feet.”