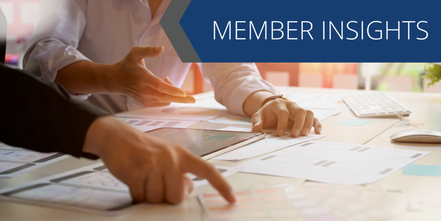 On or around September 2, 2022, USCIS published on the Federal eRulemaking Portal website (“Federal Register”), a draft version of the Form I-956K Registration for Direct and Third-Party Promoters (“Form I-956K”). As is standard with such rulemaking process, the public and stakeholders were allotted 60 days to provide comments.

Subsequently, on or around December 26, 2022 (a day after Christmas), USCIS published, on the Federal Register, a revised draft of the Form I-956K and extended the comment period by another 30 days. Interestingly, the revised draft Form I-956K was stamped with a December 14, 2022 date though posted twelve days later. More interestingly, however, is that on or around January 4, 2023, USCIS published the Form I-956K on its website and circulated a copy to all stakeholders who subscribe to the agency’s updates. This, of course, has created a little bit of confusion.

Is the Form I-956K now effective or will it be effective on or around January 26, 2023 (keeping in mind that it is not likely that the form will be further revised)? It would appear that since it has been posted on the USCIS website, without a draft notation, the Form I-956K is effective as of January 4, 2023. Therefore, Direct or Third-Party Promoters (herein collectively referred to as “Agents” or individually, each an “Agent”) should file the Form I-956K now though those who wish to wait until after the comment period ends on January 26, 2023 or at such time they have entered into a contract with a NCE (as defined below) would have strong arguments as to why this delay would be appropriate. This notwithstanding, there are a few other questions that remain unanswered/have not properly been answered by USCIS.

Based on the above, we have the following comments and concerns related thereto:

In light of the non-exhaustive list of concerns outlined above, we would recommend that regional centers, NCEs and related industry stakeholders submit detailed concerns to USCIS over the course of the next few weeks and push back on some of the agency’s burdensome and unwarranted interpretations of the RIA’s requirements vis-à-vis the Form I-956K.