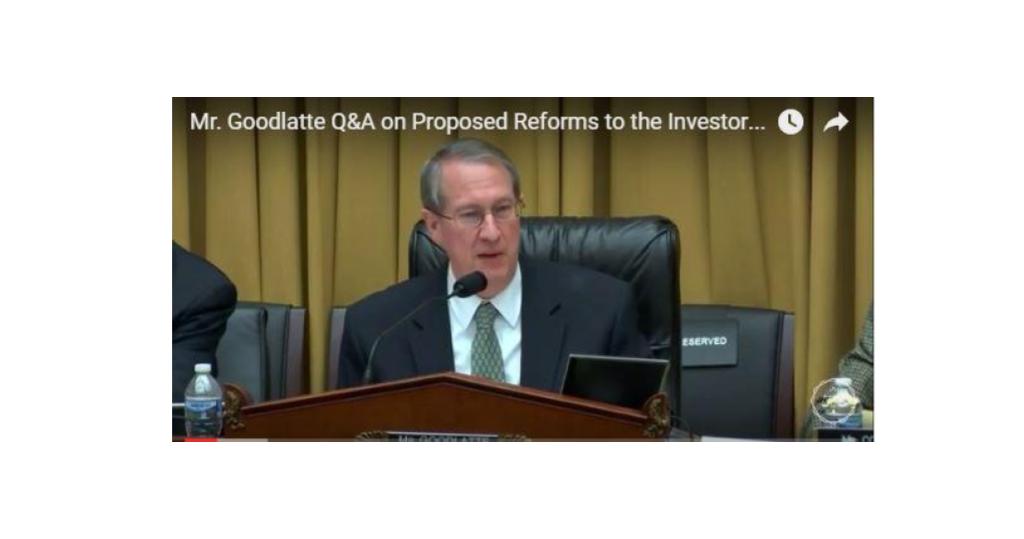 The hearing covered the potential effects of the Department of Homeland Security’s (DHS) proposed regulatory changes on the EB-5 Regional Center Program. Included in these changes are enhancements to program monitoring and oversight, TEA reform and increases in investment amounts, among other issues.

The hearing opened with statements from the Congressmen responsible for two of last year’s reform bills – Senators Grassley and Leahy, and Representatives Goodlatte and Conyers. All four expressed support for USCIS’s proposed EB-5 regulations, though Leahy and Conyers also argued that there’s no substitute for a legislative solution. Leahy said that he and Grassley will soon reintroduce their reform legislation (an interesting development); Goodlatte and Conyers did not say anything about sponsoring legislation. All four made almost the same points as in last year’s House and Senate hearings, but sounded a darker note this year – turning “mend it or end it” from a question into a threat. Representatives Sensenbrenner and Lofgren followed with relatively positive statements, listing EB-5 successes and contributions, but both agreed on the need for modernization (higher investment amounts) and reform (TEA adjustments)…Read More