Meet the Guests of Honor for the 7th Annual EB-5 Industry Forum! 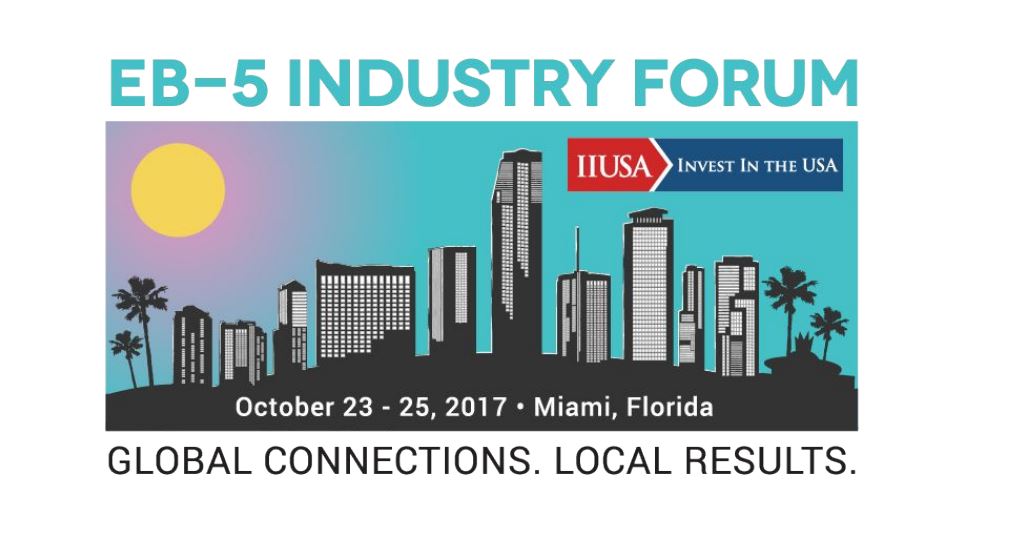 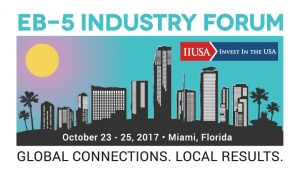 IIUSA looks forward to welcoming the EB-5 industry to Miami, FL from October 23-25 for the 7th Annual EB-5 Industry Forum. Attended by international investment and economic development professionals from around the world, the EB-5 Industry Forum is the year’s premier EB-5 conference focusing on educational and business development on a global scale.

This important event will be held at the Ritz-Carlton Key Biscayne (Book Your Rooms) featuring panels on emerging industry hot-topics, legislative and regulatory updates and business considerations that will shape the future of the EB-5 Program. In addition, continuing legal education (CLE) credits are available for legal professionals attending the EB-5 Industry Forum.

IIUSA is pleased to announce a distinguished slate of Guest of Honor Speakers for this years event including Robert L. Johnson, Chairman & Founder of the RLJ Companies, Tomás Regaldo the Mayor of the City of Miami; Francis Suarez Commissioner of Miami’s 4th District and mayoral candidate in the upcoming Miami election; and Manuel Mencia Senior Vice President, International Trade & Business Development, Enterprise Florida.

Sponsorship is limited so act now to reserve your place as a sponsor for the EB-5 Industry Forum! Sponsoring IIUSA conferences is an excellent way to reach hundreds of EB-5 stakeholders including attorneys, regional centers, migration agents and other service providers and attach your brand to the industry’s trade association.

In addition to exhibiting, IIUSA also offers a number of alternative sponsorship opportunities that provide ample visibility and value.

Meet the Guests of Honor 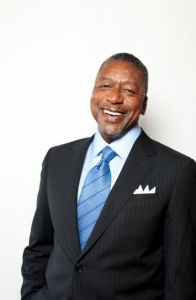 Johnson continues to attract and manage capital and create value for investors and in 2012, announced the successful creation of RLJ Entertainment, Inc., one of the largest independent global distributors of digital and video content. RLJ Entertainment, Inc. (NASDAQ: RLJE) marks the third time Johnson has successfully taken a company public…Learn More 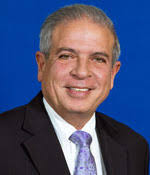 Tomás Regalado was born in Havana, Cuba, on May 24, 1947. He was the first son of Carmen, a house wife, and Tomas, an outstanding attorney and journalist that became the President of the National Association of Reporters and Journalists of Cuba. Tomas Sr. was also a political prisoner in the island for 22 years due to his struggle for the freedom and democracy of Cuba.

At the age of 14, Tomás Regalado and his younger brother, Marcos, traveled to the U.S. under the Catholic Church program known as “Peter Pan”. Marcos and Carmen sent the boys to America with the hope of having them live in freedom.

His professional jump to the top came in 1983 when he became the first Cuban American journalist to integrate the White House Press Corp. Mr. Regalado traveled with Presidents Ronald Reagan, George H. W. Bush and Bill Clinton for several years, in addition to the daily coverage of the White House news.

Mayor Regalado’s latest success was the approval of the City as an EB-5 Regional Center by the U.S. Citizen and Immigration Services. This accomplishment, in and of itself, speaks to the City’s creativity, focus, and clarity of purpose, as well as to the commitment to create a model that is accountable, transparent and inclusive..Learn More 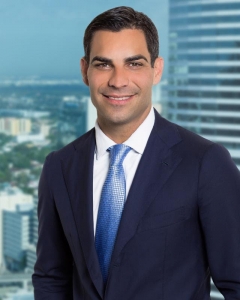 Francis X. Suarez has served as City of Miami Commissioner for District 4 since 2009 and is running for Mayor of the City of Miami 2017.

As Commissioner for District 4, Mr. Suarez has worked diligently to raise the standards of the community where he was born and raised. He currently also serves as Vice-Chair of the Miami-Dade Transportation Planning Organization, tasked with approving federally required plans and transportation policies, and as President of the Miami-Dade County League of Cities.

The oldest of four siblings, Commissioner Suarez was born into a family where, as he describes, “being socially conscious was a kind of requirement.” Commissioner Suarez is dedicated to elevating the quality of life of the residents he serves by way of focusing on transportation and connectivity issues within the city and beyond, nurturing the growth of a tech-based economy in the area and, by extension, job creation and international opportunities with Latin America. His priorities also include affordable housing, tackling the poverty pandemic and, as a corollary, reducing crime…Learn More

Manuel (Manny) A. Mencia is the Senior Vice President of the International Trade & Business Development division of Enterprise Florida, Inc., (EFI). The division is headquartered in Miami and maintains offices in six Florida cities as well as several countries around the world.

Manny joined Enterprise Florida in 1996. Prior to that, he served as Vice President of World Marketing at The Beacon Council between 1992 and 1996. He acquired extensive international trade expertise, having served in various executive positions at the Florida Department of Commerce between 1977 and 1991.

In 2009, EFI received the President’s E Star Award for Export Promotion Excellence, the nation’s highest trade development honor. In 2000, Export Magazine and the Council for Urban Economic Development (CUED) conferred their Gold Award to EFI’s division of Trade Development, as the best statewide export development organization in the country…Learn More 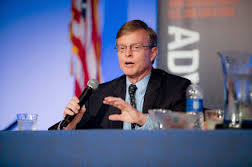 Charles Oppenheim has been employed by the Department of State since 1978. He has worked as a consular officer in the Bureau of Consular Affairs since 1979 and in 1999 became Chief of the Immigration Visa Control and Reporting Division. Mr. Oppenheim’s main responsibility is the administration of a complex series of annual numerical limitations on immigrants subdivided by preference category and country. The Visa Controls and Reporting Division Office issues a monthly bulletin, which summarizes availability of visas for the coming month and other visa related information. 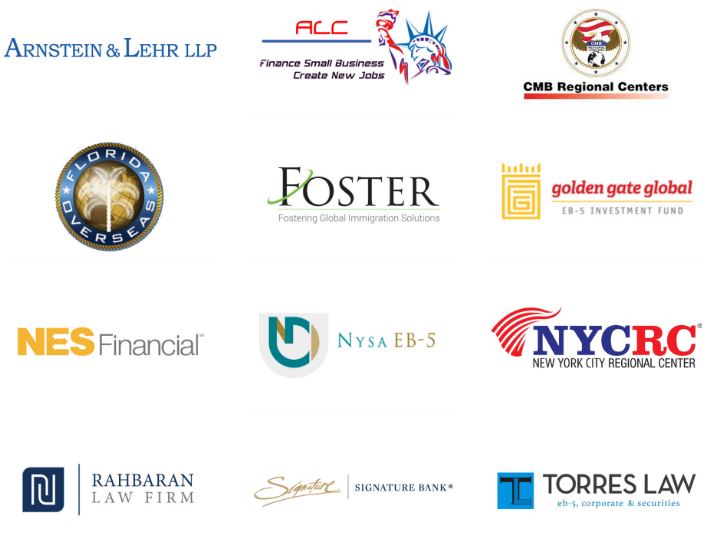 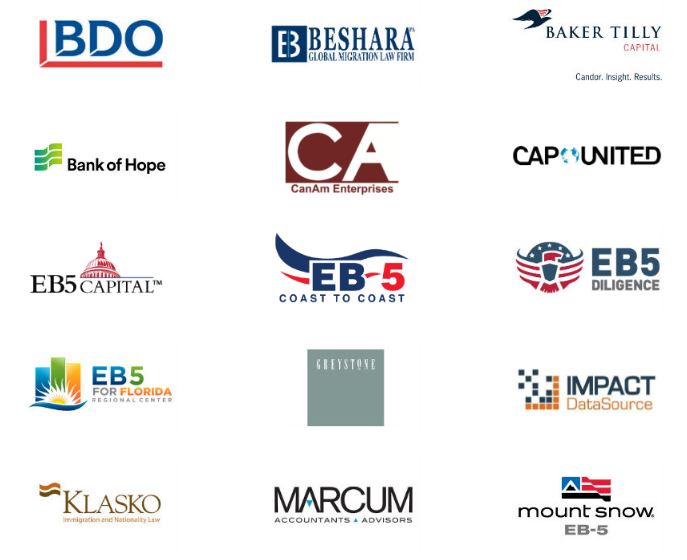 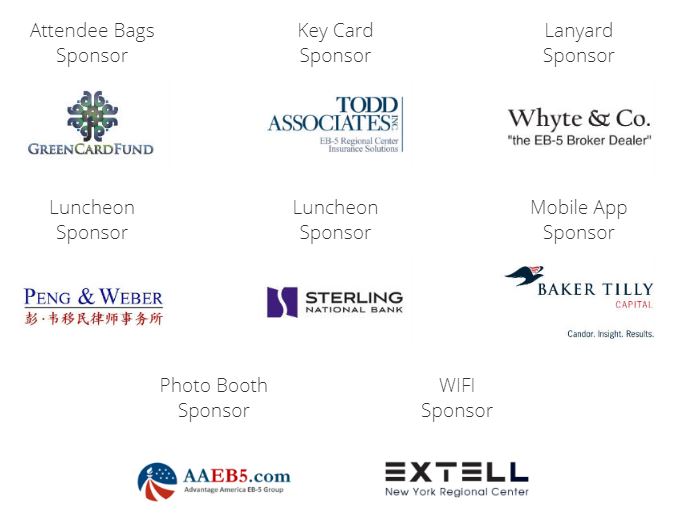 ← "Is the Convergence of EB-5 Capital with Traditional Private Equity the Next Big Thing?" Join IIUSA in Mumbai this October for the Global Banquet Series →