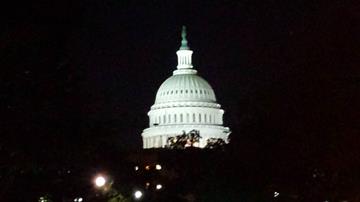 At the beginning of March, IIUSA presented to the National Association of Counties (NACo) Legislative Conference to the Community, Economic Development and Work Force Steering Committee which unanimously approved a resolution supporting IIUSA and the permanent authorization of the EB-5 Regional Center Program.  This resolution was subsequently adopted and approved on Monday, March 3, 2014 by the full NACo Board of Directors. On March 10th, NACo released all of their newly adopted policy resolutions on their webpage, including support for EB-5. In response to the issue “The EB-5 Regional Center Program (the “Program”) authorization expires on September 30, 2015, NACo supports federal legislation to permanently authorize the EB-5 Regional Center Program and to maximize its capacity for economic impact and job creation.”

As we reported last week, in a March 12th meeting of the Senate Judiciary Committee considering several executive nominees, Leon Rodriguez, President Obama’s nomination to become the next Director of USCIS, was officially recommended – with Judiciary Committee Chair, Patrick Leahy, submitting a statement for the record that praised the EB-5 Regional Center Program. Two more Senate hearings, including a Department of Homeland Security Subcommittee hearing on appropriations and a Homeland Security and Governmental Affairs Committee (HSGAC) hearing on the fiscal year 2015 budget, brought up the EB-5 Program. In the DHS Subcommittee hearing on appropriations, held March 12th, chaired by Senator Mary Landrieu (D-LA), DHS Secretary Jeh Johnson said, “We have a review ongoing of the EB-5 program that several people have asked me to do, and I agree that it is important. It is an important worthwhile program for job creation in this country. At the same time, we have to be mindful of any security concerns that may exist around the program which often can lead to delays in the application process. So I think that we can always do a better job in terms of efficiency and security and I want to look for ways to accomplish that and so I’m waiting to hear from my people about how we might do a better job around the EB-5 program because I believe that overall it is a very worthwhile program.”

In the March 13th Senate Homeland Security HSGAC, Subcommittee hearing on the DHS Appropriations, the issue measuring the economic impacts of the EB-5 Program was questioned by Ranking Member of the HSGAC Tom Coburn, M.D. (R-OK), despite the letter (that totaled over 350+ pages with appendices) to the Honorable Senator Coburn last month in response to his office’s inquiry about the EB-5 Regional Center Program. In the letter, IIUSA highlighted the economic impacts of the EB-5 Program, which contributed $3.39 billion to U.S. GDP and supported over 42,000 U.S. jobs during fiscal year 2012. This data comes from the results of peer-reviewed economic study commissioned by IIUSA.  This is the second comprehensive economic impact report commissioned by IIUSA based on comprehensive data-sets of I-526 and I-829 approval/denial statistics for each Regional Center in the country for fiscal years 2010-2012, obtained through a vigorous process of data collection and subsequent analysis of I-924A filings. A breakdown of the “new commercial enterprises” and “job creating enterprises” that Regional Centers fund throughout the year, along with North American Industry Classification System (NAICS) codes to track industry sector impacts adds further context to the data.

On March 12, the Congressional Budget Office (CBO) released a cost estimate on the H.R. 2131, also known as the Supplying Knowledge-based Immigrants and Lifting Levels of STEM Visas Act (SKILLS Visa Act). The CBO estimates that enacting H.R. 2131 would increase the U.S. population by nearly 1 million in 2024 and in 2034. Moreover, the CBO and the staff of the Joint Committee on Taxation (JCT) estimate that enacting the law would increase revenues by $118 billion over the 2014-2024 period. The SKILLS Visa Act, introduced by House Judiciary Committee Chairman, Bob Goodlatte (R-VA) and Oversight and Government Reform Committee Chairman Darrell Issa (R-CA), is one of several immigration bills introduced in the Republican-controlled House, but none have reached the full floor for vote. The SKILLS Visa Act, however, was recommended out of the House Judiciary Committee in June 2013 under regular order.  IIUSA commented on the SKILLS Visa Act and remains in active dialogue with the bills supporters for further refinement of the legislation prior to it coming to full vote in the House.  To read IIUSA’s letter to Chairmen Goodlatte and Issa from June 2013, click here. Be sure to attend IIUSA’s EB-5 Advocacy Conference, May 7-9th, in Washington D.C. to get a change to hear directly from the federal government about the EB-5 Regional Center Program.