“A Private Affair: The Use of Arbitration Clauses in EB-5 Investments” 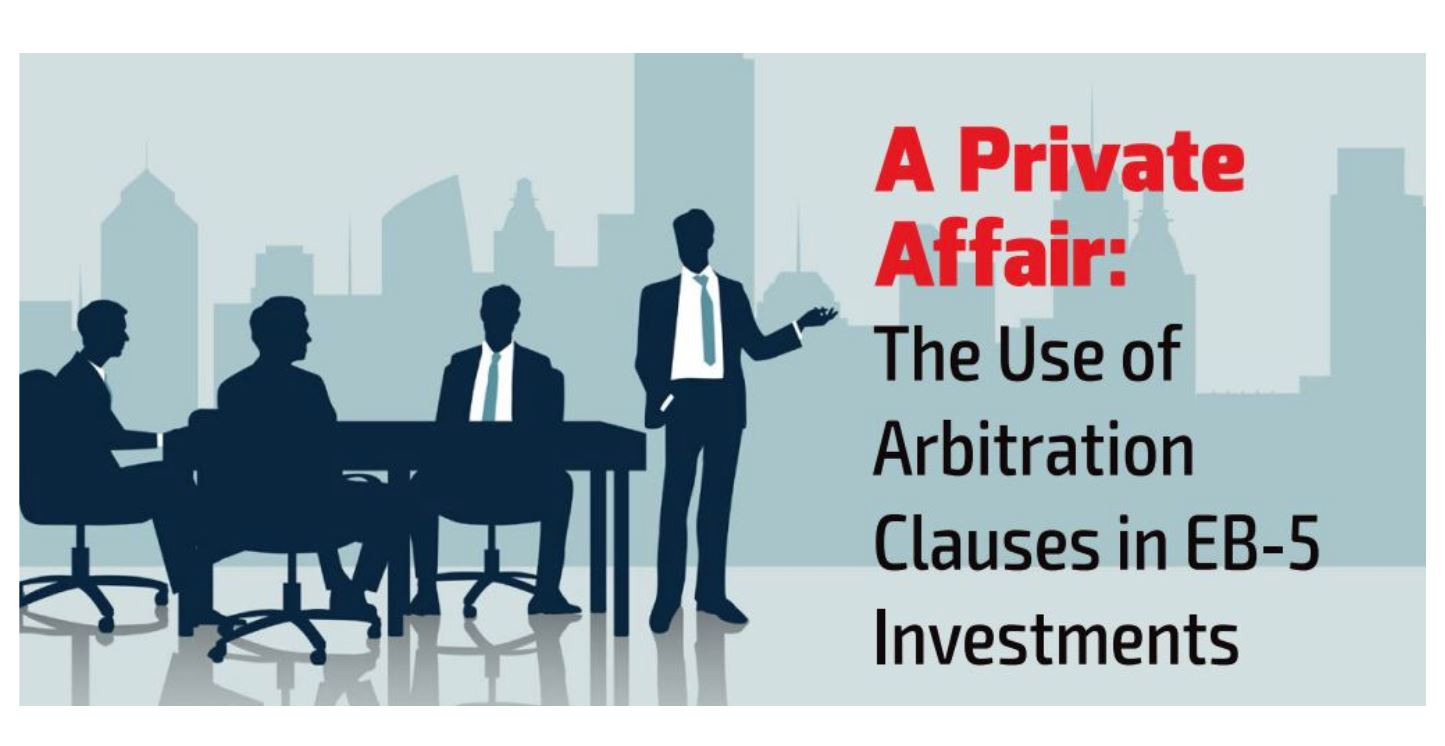 In the United States, litigation in courts is by its very nature a public exercise. Pleadings filed in U.S. courts are publicly available, which means attorneys, investors and the press may have access to potentially scurrilous allegations that not only can damage one’s business reputation but also can invite additional litigation and regulatory scrutiny. Compounding matters, litigation in U.S. courts can be commenced with little expense, yet become time-consuming and costly as the parties proceed to resolution of their disputes.

These exposures are amplified in the context of actions involving EB-5 investments. The identities of litigants, who often have little understanding of the workings of the legal system in the United States and who may wish to remain anonymous, soon become public knowledge. Given the recent spotlight on the EB-5 program by the press in the United States, a garden-variety lawsuit of little merit can soon become fodder for stories in newspapers, magazines and television, all preserved for eternity on the internet. Participants in the EB-5 industry and investors alike have a common need to efficiently and privately resolve legal disputes.

Despite this alignment of interests, the EB-5 industry has been somewhat slow in employing arbitration as a means of resolving disputes. Unlike the practice of the majority in the alternative investment community, many EB-5 offering documents and attendant subscription documents omit the ability of the issuer to frame the mechanisms for dispute resolution at the outset. This oversight is unfortunate for industry participants and investors alike. The solution, of course, is to consider the placement of arbitration clauses in operative EB-5 investment documentation. Not only are arbitration clauses generally valid under the laws of the United States, they also make good business sense.